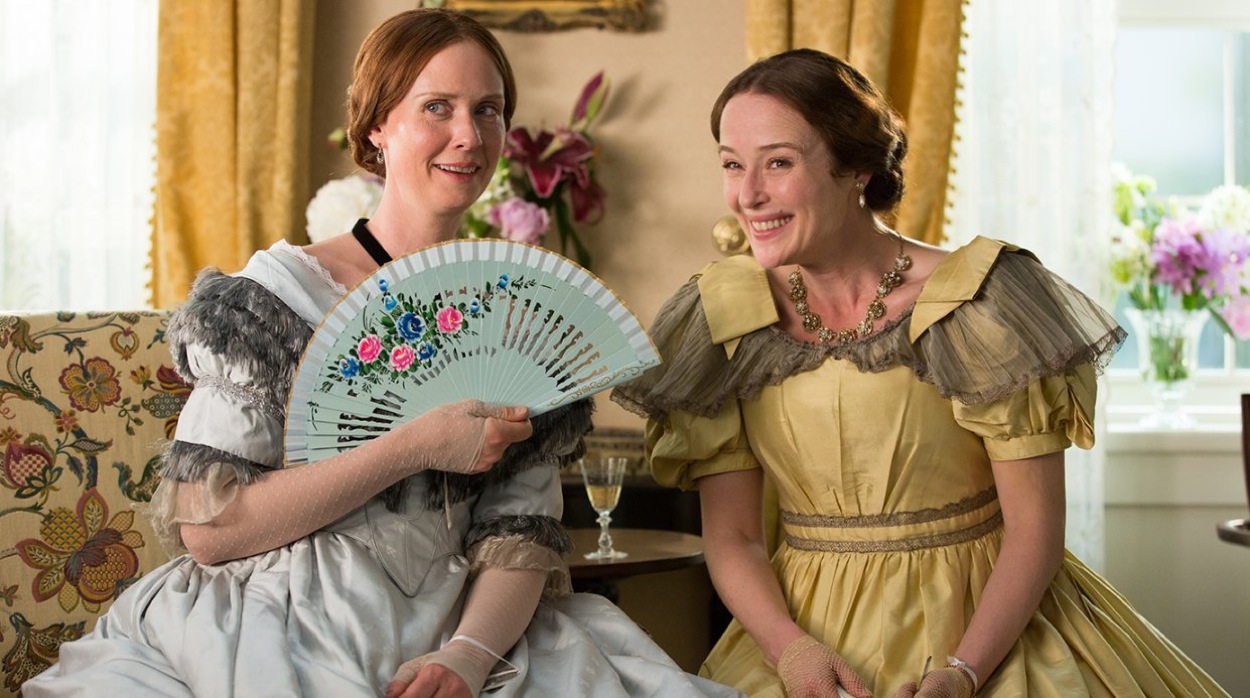 Writer/director Terence Davies (The Deep Blue Sea) delivers a film on Emily Dickinson that is visually brilliant (for the most part) and textually weak. Ironic.

The struggle, surely, with writing a historically rooted film is that certain events must happen, in a certain order, and you’re responsible for the connective tissue. Unfortunately, A Quiet Passion doesn’t have much connective tissue, and it is grating as a result.

There are brilliantly tense moments between family members, witty retorts, a blatant rejection of organized religion, and even a saucily smashed dinner plate, but none of these aggressions fester into anything larger. At one point, sister Vinnie (Jennifer Ehle, fantastic) chastises “Now things will be tense for days.” We don’t see any of those days.

Cynthia Nixon (Sex in the City) is perfectly awful as the aging Emily, but in earlier scenes she grins her way through acerbic words with the most bizarre delivery.

This isn’t the film’s only stylistic disparity. Visually, A Quiet Passion is a treat. The lighting is gorgeous, with equal time spent on sunny lawns and in shaded bedrooms. The color is rich too, especially for a film of its type.

But, somewhere near the middle, the narrative encounters the Civil War. In this moment real photographs of the event are shown on screen as voiceovers float in with disconnected commentary on the war. A few of the pictures are oriented horizontally, leaving the rest of the screen black. It looks like, and I hate to say this, at worst a PowerPoint Presentation and at best a History Channel special.

A Quiet Passion has drawn praise as a solidly feminist film. If the latest definition of feminism is a main character who doesn’t marry, I hazard to say we can ask for more. Emily doesn’t seem to put off marriage for art, but rather has little romantic interests to begin with. There’s one failed attempt at adultery, one briefly interested party, but she is never more than bitter. Emily wails that she’s simply too ugly.

No man ever tells her she can’t write. In fact, Emily politely asks her father’s permission if she could please write during the early morning hours while everyone else is still sleeping.

This film is carried by its beautiful cinematography and its smart camera work, but even that leaves something to be desired.

Like Emily Dickenson’s own poetry, with its characteristic dashes, A Quiet Passion is disjointed and a bit difficult to interpret.