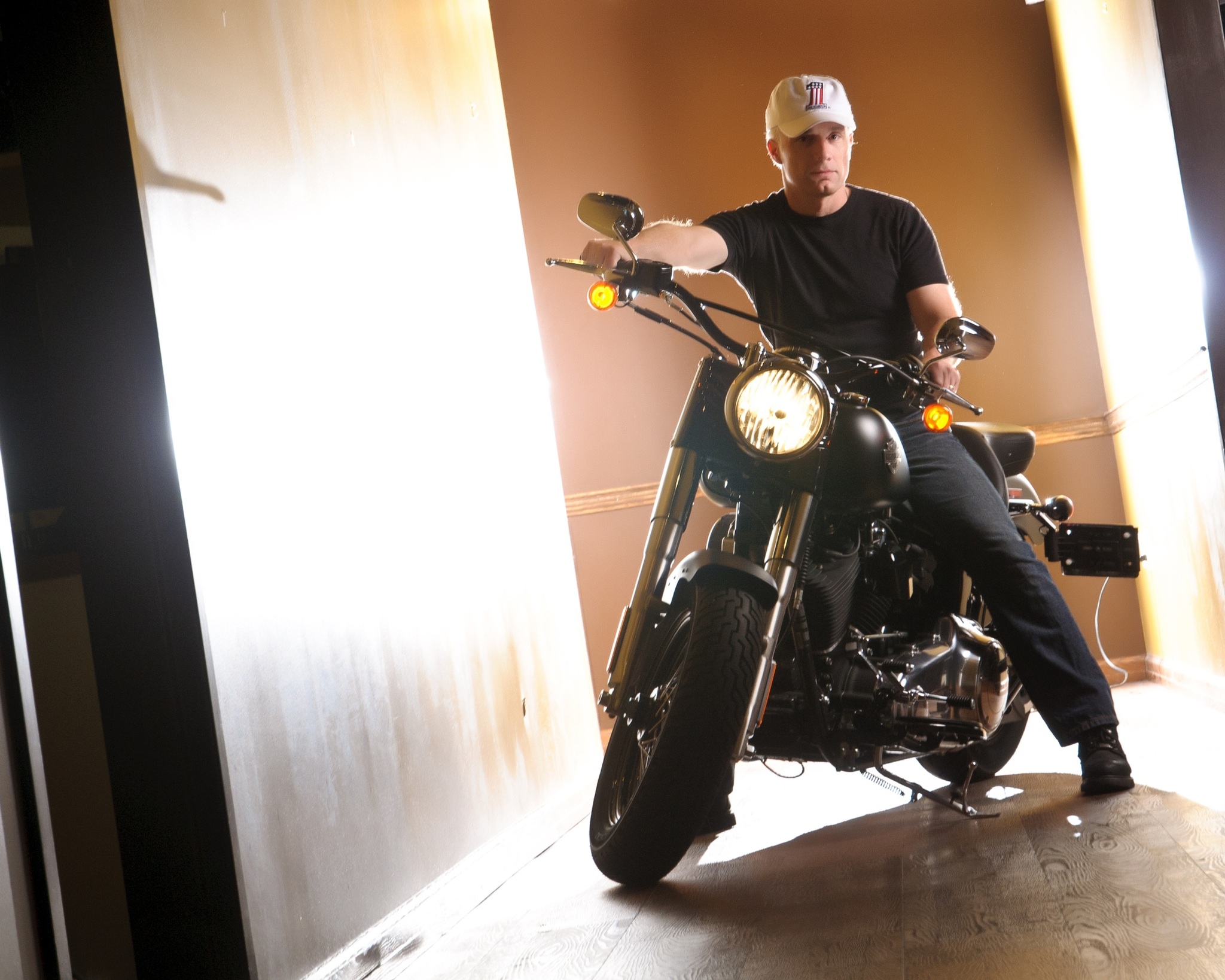 Next weekend we finally fit George’s Harley with a sissy bar. For me. The sissy.

So George is already planning our open road getaways. One option he’s suggested is the Easy Riders Rodeo.

We went several years ago, and I don’t recall that it went well enough to recommend a return visit.

Back when George was on a country station (in that time I now blissfully call the past), a listener learned that George was a licensed rider without a bike. This generous soul offered to lend George his own motorcycle, but there were strings.

George sprung their idea on me, saying Easy Riders was a big biker holiday kind of thing, and that the listener thought we might drive to his house, borrow his bike for the weekend, head out to Easy Riders on Saturday, and camp with him and his.

I adore strangers, country music and camping. I was totally in.

If there is one thing I will not do for love or money, it is camp.

Eventually we compromised. We decided to borrow this generously offered loan, get the chance to ride a motorcycle on a beautiful late summer weekend, meet this man and his family, hang out for a few hours, try not to get killed, and then go home.

George mentioned our plans to attend the Easy Rider festival to our friend Richard, who responded with terror.

“You’re going there?” he queried, his face drained of color. “I’ve heard it gets pretty rough.”

My mind immediately flashed to that scene in the cinematic classic Pee-wee’s Big Adventure, with Harley dudes shouting, “I say we stomp him, then we tattoo him, then we hang him, and then we kill him!”

George was sure it wouldn’t be so bad. He could protect us with the Big Shoe Dance, if need be.

We got a little lost finding the event, somewhere in the Chillicothe area of southern OH, so we pulled into a gas station where several very hard looking couples on motorcycles were fueling up.

Thinking we were all headed in the same direction, George asked.

“Oh, no,” one grizzled, scary man answered, eyeballing me with a smirk. “That place gets a little wild for us.”

He wasn’t going, but he did direct us to the fairgrounds that would be scene to a sea of campsites and a midway with food, tattoo artists, vendors of assless leather goods – that kind of thing. Outstanding people watching.

We lined up with other incoming traffic, and as we moved slowly between the chain link fences outlining the fairgrounds, my eyes wandered to some of the officially posted signs.

That last sign was reposted about ever 50 feet or so.

Below the waist – should that level of specificity be necessary? And how comfortable are we with above the waist nudity?

As my mind pondered what it could possibly mean that this crowd would need so many reminders to keep their junk covered, I saw the day’s first visual encounter with out-in-the-open intercourse, just the other side of the chain link fence.

Perhaps they’d forgotten about the holes in that specific type of fencing?

The balance of the afternoon went far more mildly. We enjoyed fun carny food, looked at some nice bikes, shared the company of the very friendly family and the man who’d lent us his ride, and basked in the beautiful weather.

Everyone was very polite. I wouldn’t quite call this my crowd, but who is, really? I must admit I was on the receiving end of an awful lot of weird smirks, but still, every person there was exceptionally nice, chatting pleasantly and passing out beers.

Then, at about 7pm, a parade of sorts hit the midway, and those interested in showing off their wares hopped on a bike and made the circuit.

By wares I mean breasts.

Mardi Gras has nothing on Easy Riders.

You have never seen me run for an exit so fast.

So, I have found the one thing that freaks me out more than camping.

And the point is, we are not going back.