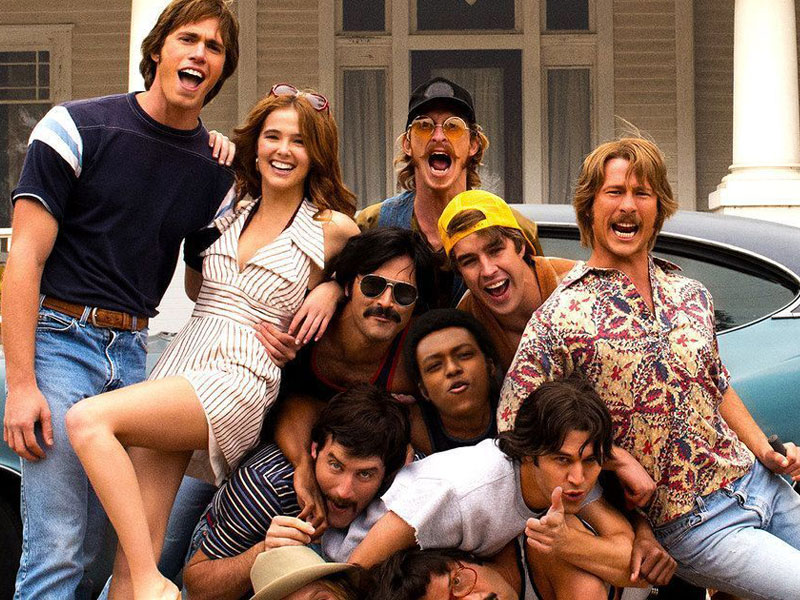 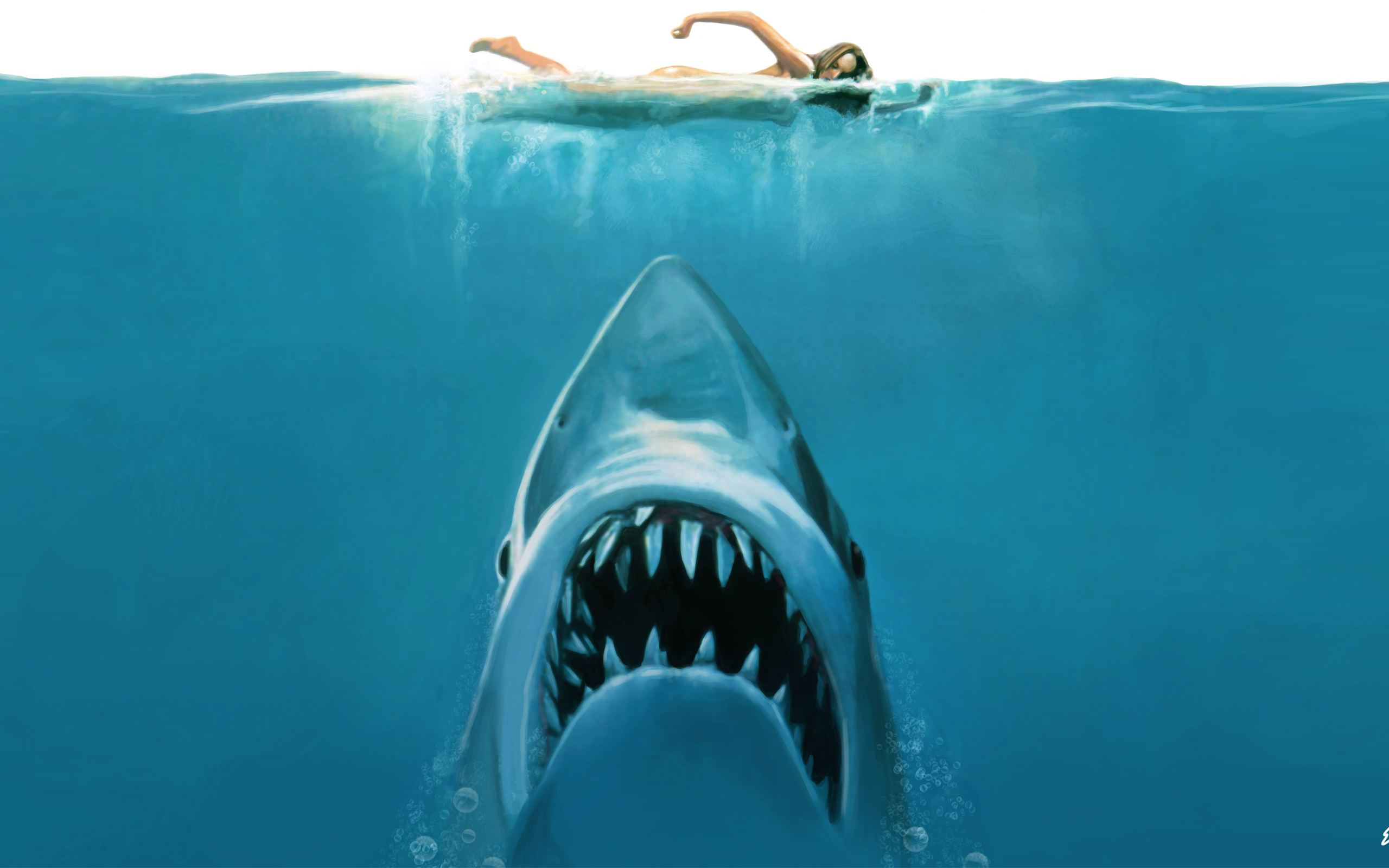 As we sat and watched Jaws for the 400th time last weekend, we laughed about all the movies that – when we find them on TV, no matter where in the film we switch on – we are compelled to watch to the end. It’s 11:30 pm and we stumble upon the opening diner sequence from Pulp Fiction? It looks like we’ll be up til 1:30 today. We’ve pulled together the list of films we cannot turn off when we find them on TV. What’d we miss?

This is the top one for us. George, in particular, has seen this movie dozens and dozens of times. It’s an absolute marvel, and while every watching of course brings back memories, there truly is something new to notice every time you see Jaws. Spielberg’s raw talent, for example. Or John Williams’s pitch-perfect score. Jaws is always thrilling, always scary, always amazing.

It’s a masterpiece that sucks you in no matter when you turn it on because every scene is a work of utter genius. Every character is as cool as can be, every exchange is more fun to watch than anything else you’re going to find on TV, and it’s the kind of movie absolutely no one ever really made before or since. There is nothing quite like Pulp Fiction, which is why you should watch it at every opportunity.

This is George’s favorite movie of all time, so it kind of goes without saying that it stays on if we come across it. And why not? The iconic Eighties game changer altered the course of action movies with its wiseass underdog, confined terror and magnificent Euro-trash villains. Not enough can be said for the smarmy brilliance of Alan Rickman, and watching Bruce Willis at the top of his game is always fun, too.

This is Hope’s favorite movie of all time. There are no flaws in this movie. The fact that a movie wherein a man who eats human flesh helps the FBI track a man who wears human flesh could go on to win every major Oscar says about as much for the craftsmanship behind this movie as anything could. It’s Jonathan Demme’s greatest achievement and one of the greatest films ever made.

When you can say every line along with the film you are watching, you’ve seen the film too many times. And yet, is it possible to watch Caddyshack too often? Ted Knight! Rodney Dangerfield! Bill F. Murray! No, it is not. Somehow this weird accumulation of spontaneous insanity remains fresh 35 years on.

Another one that’s funny no matter how often you see it, Lebowski benefits from magnificent writing and superb direction (as is always the case with The Brothers Coen), but more than anything, the film demands rapt attention because of Jeff Bridges’s magical lead turn. Well, demand is kind of a fascist word. It’s just a really, really hard movie to turn off, man.

From the moment Nostromo lands – allegedly drawn by a distress signal – Ridley Scott’s horror/SciFi hybrid starts building horrific tension. Nobody wants to be awakened unexpectedly. This crew seems weary of their mission and tired of each other. Scott’s drained all the color from the crew and the set – it’s like being trapped in a bad dream that’s only going to get worse. And yet, we just can’t turn away.

You can’t have one without the other. Where Ridley Scott’s original was a slow build horror show, James Cameron’s is a badass action flick and Sigourney Weaver is equally at home in either genre. Cameron abandons claustrophobia, opening the film up with death trap labyrinths and expanding the terror with an army of acid-blood monsters. This is the very best kind of high octane fun.

Thank God for HBO because The Conjuring is on almost daily now. The thirtieth time you jump at the same damn ghost, you know a movie has got something, and we’re telling you, every time little Cindy Perron starts sleep walking into that bureau, we tense up. Yes, there are silly moments in this nuts and bolts haunted house flick, but director James Wan understands pacing and knows when flesh and blood are scarier than FX. The result is a fun, jumpy night with one stinky, foot grabbing ghost.

Richard Linklater’s wonderful, rambling ode to coming of age in the Seventies pops up a lot, lately. We usually come in right about the time a handful of freshmen are conning Ben Affleck’s delightfully dickish Fred O’Bannion that there’s a cherry ass to beat. Whether it’s Matthew McConaughey’s most iconic character or the way Linklater and cast languidly capture both a time period and a universal right of passage – or maybe it’s just wanting in on that party – we are always hooked. 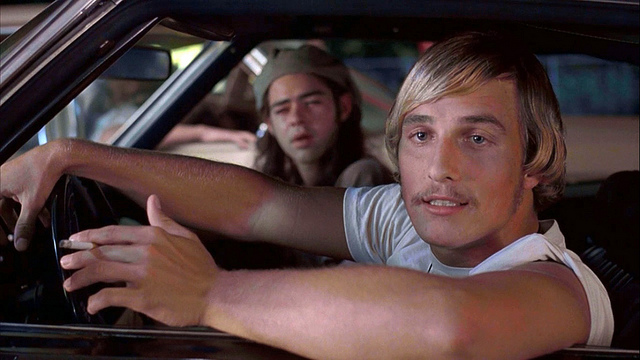