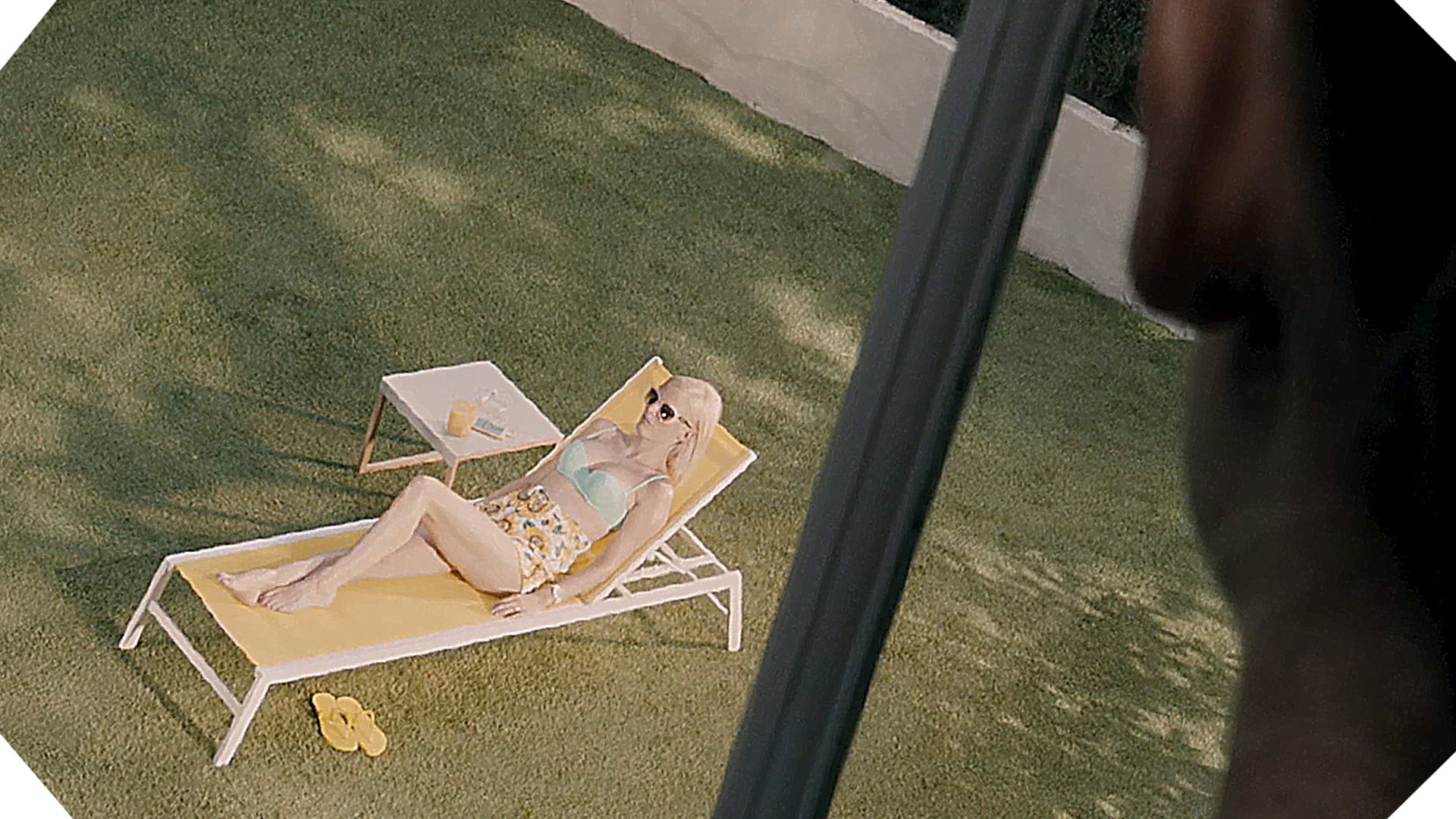 Having a child is an amazing and joyous event. It is also terrifying. Alien knew it. That whole Season 8 arc of the XFiles knew it. We’ve even dedicated a Fright Club to Pregnancy Horror. But The Ones Below favors less bursting out of chests and more psychological slow burn.

Enter a small house containing two flats, one upstairs, and one downstairs. Upstairs is home to longtime residents Justin (Stephen Campbell Moore) and Kate (Clémence Poésy), who is pregnant with her first child after years of denying motherhood. New neighbors have moved in downstairs, and Kate finally catches a glimpse of equally pregnant Theresa (Laura Birn).

Theresa and husband Jon (David Morrissey) come upstairs for dinner one evening, and express how desperate they’ve been for a child over some very stilted small talk. Thus tears the rift between the two couples, which only grows after a tragic accident leaves everyone scurrying to dodge guilt and blame.

First time feature director David Farr chases a touch of timelessness in his arrangement and almost pulls it off. There’s a neither here nor there quality to the set and costuming. Milk is delivered daily in glass bottles on the doorstep, smart phones fill hands but pictures are taken with digital cameras, young couples work in open floor plan offices. The upstairs couple dresses as modern young professionals, comfortably. The downstairs pair is more pressed, more clean, and further off trend. A perfectly manicured garden gives off an eerie, Stepford feel.

The editing and design seem to struggle with Farr’s intention a bit. Cool tones downplay some of the raw emotional quality of the scenes, making more intimate moments feel a bit detached. This could be intentional, or I could be trying to cover up for the lack of chemistry between couples.

The most intriguing performance by far is Birn’s Theresa, who is fascinating to watch with equal measures of conniving and innocent. Poésy and Moore are both down-to-earth and relatable, but Poésy ultimately just doesn’t have much to work with. Moore, as the straight man character to everyone else’s crazy, gives a solid performance and becomes the beating heart of the film.

The dialogue mostly consists of bickering, which lends both realism and additional tension, but doesn’t seem to otherwise motivate the characters. There are vague references to strained relationships, which, while underdeveloped, provide breadcrumbs leading to both false and unbelievable-but-true conclusions.

The film ends, deliciously, with a few sharp twists. The thriller connoisseur will see these tricks coming, but the payoff to Farr’s mounting tensions is welcome either way. The Ones Below is a middling to good directorial debut for David Farr that promises, with a few more turns around the block, he will be serving up a style undeniably his.