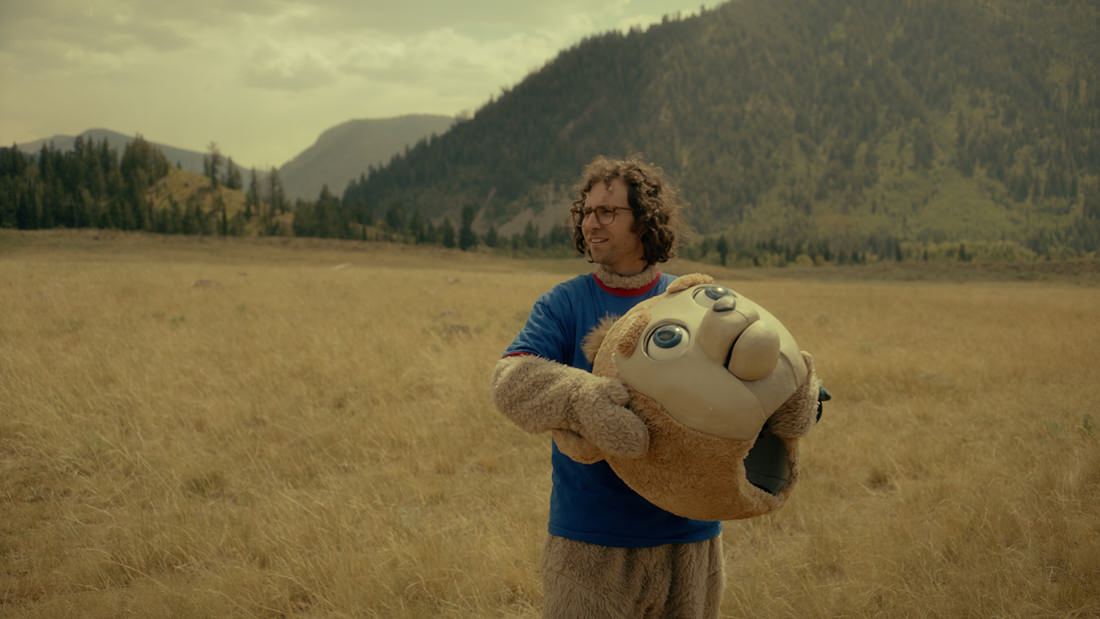 When does our grip on the past get in the way of our future?

Why is it so difficult to accept some people as they are?

And who would expect some doofuses from SNL to be doing such serious pondering?

Okay, “doofuses” is a bit harsh, but when you see Andy Samberg’s Lonely Island Productions in the opening credits, you don’t expect the thoughtful nuance that Brigsby Bear delivers.

SNL vet Kyle Mooney stars as James, a twenty-something man living in a secluded compound in the Utah desert with his parents (Mark Hamill, Jane Adams). Except they’re not his parents.

From the time James was a small boy, they’ve been his captors, and he’s been the sole audience for all the strange episodes of Brigsby Bear.

When he’s reunited with his real parents (Matt Walsh, Michaela Watkins), James’s acclimation is hampered by a persistent obsession with Brigsby, the only TV show he has ever known.

Anxious for new Brigsby adventures, James gets a load of all the new technology available to him, and suddenly making his very own Brigsby movie seems like it would be, as his new friends say, “dope shit, dude.”

It’s a setup that could easily have gone off the rails with the goofiness of a throwaway sketch, but director Dave McCary’s feature debut gradually wins you over with its abundance of warm sincerity. James is certainly a curiosity, but the film never wields him as a vehicle for cheap manipulation.

Mooney, who also co-wrote the script, delivers a surprisingly touching performance, and he makes James’s world a tender, inviting place that erases any urges for pity with an uncompromising sense of wonder.

Hamill leads the fine supporting ensemble with a turn that of course benefits from his long history as an icon of fandom. But again, the undercurrent is always one of respect for the lives touched rather than a mockery of the fanaticism, personified by a local cop (a stellar Greg Kinnear) who joins the Brigsby production in a role fairly close to a certain Jedi master.

Sure, there’s ridiculousness to be found in Brigsby Bear, but there’s way too much heart to call it “guilty.”

Just call it a pleasure.