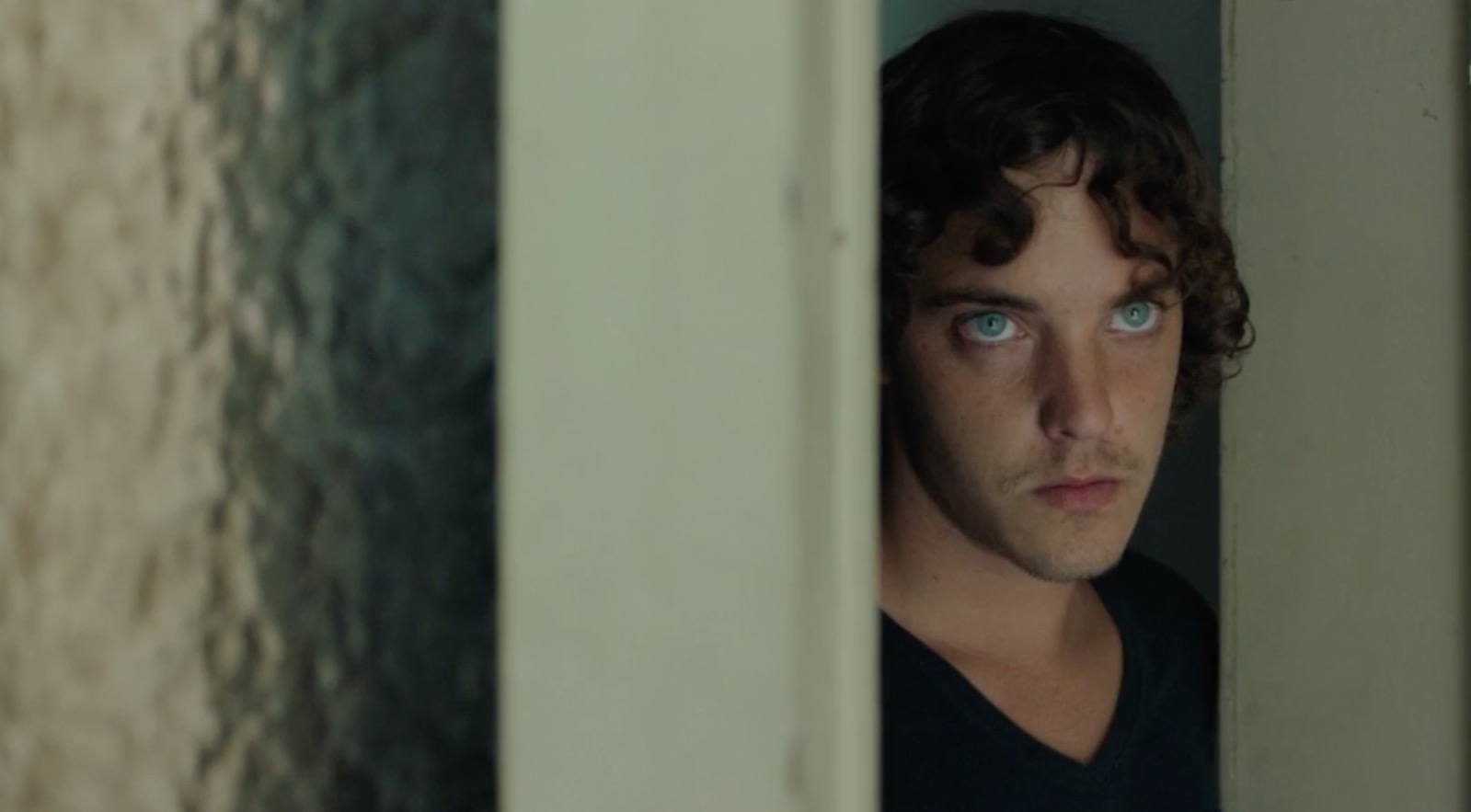 An eerie soundtrack echoing with alienation and longing pairs with a roaming camera in search of human connection. With these and little more filmmaker Tim Sutton creates the loose and lonesome architecture for Dark Night.

His film glimpses disparate lives that will eventually meet and, in some cases, end in a bland suburban movie theater.

Sutton bases this prelude to a massacre around a fictional copycat shooting. With no help from exposition, he builds an unsettling dread as we and the camera so dispassionately watch each character.

This anxiety grows as we realize one of these people will eventually act on the same urge that pushed James Eagan Holmes to open fire, killing 10 and wounding 20 more in an Aurora, Colorado screening of The Dark Night Rises in 2012.

The focus remains splintered, meandering from one character to the next – an Iraq veteran struggling with PTSD, a video game obsessed teen, a selfie-compulsive would-be model, a skate kid tellingly dying his hair orange. The only discernible commonality – aside from the lifeless landscape of their suburban digs – is personal alienation.

As their stories begin to coalesce, you’re asked to guess who will become the shooter. You understand that there will be an incident and instinctively begin to distinguish potential culprits from likely victims. It’s a sort of whodunit in reverse.

Sutton’s interest is in our preconceived notions as well as possible inspirations for this particular brand of American mayhem.

The filmmaker creates a drowsy cadence – clearly reminiscent of Gus Van Sant’s own meditation on mass shootings, Elephant – pulling each thread tighter and tighter as the climax draws near.

Much of the power in Sutton’s film comes not from imagery but absence. Dark Night is adamantly bloodless. You know what is coming, feel the weight of its inevitability. What’s the use in seeing it?

Dark Night becomes a lyrical American nightmare, although at times its pursuit of authenticity feels more like cinematic sleight of hand. Characters begin to feel like red herrings, undercutting the basic, flawed humanity Sutton offered each one early in the film.

Still, between Hélène Louvart’s fluid camerawork, Maica Armata’s doleful score, naturalistic performances from an ensemble of newcomers and Sutton’s hypnotic structure is a potent vision of the damage of disconnection.