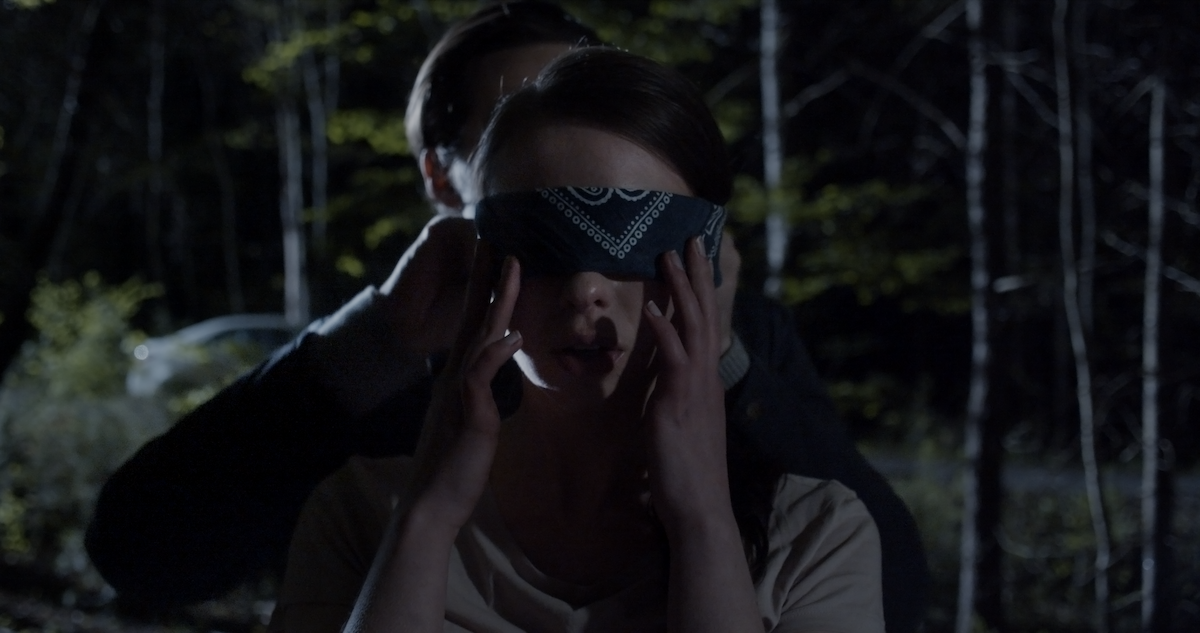 Re-animating the dead is one of the most long-standing premises of the horror genre. And like it or don’t, such tradition brings certain expectations.

Playing God is going to bring consequence, that we know. The question is how bloody and brutal the comeuppance will be.

Shudder original An Unquiet Grave goes the understated route, getting maximum return from a minimalistic production that is more centered on grief than gore.

Jamie (Jacob A. Ware) is shattered from the loss of his wife Julie in a bloody car accident. Julie’s twin sister Ava (Christine Nyland, who also co-wrote the script) is grieving, too, but in different, sometimes morbid ways.

In abstract terms, they discuss the idea that Jamie knows a way to bring “Jules” back, but only with Ava’s help.

Months later, around the first anniversary of Julie’s death, Ava is a go. Though the rules of the ritual are a bit fuzzy, they involve returning to the scene of the accident with a blood relative of the deceased (that would be Ava), a blindfold, and the burning of sage.

Working within a clearly limited budget, director/co-writer Terence Krey is still able to set an effectively creepy mood. The woods where the ritual is performed appear deep and isolated, with Krey throwing in a couple nifty camera moves to heighten the sense of the supernatural.

Ware and Nyland are the only two people in the cast, and though they display an easy chemistry, some stilted dialog and a hurried pace – especially once Jules is revived – make for some awkward pauses in an otherwise earnest and insightful film.

Navigating grief can be a unique and lonely journey, one where the darkest moments often come from a self-centered pity. With the hushed tones of the folk song that inspired its title, An Unquiet Grave reminds us that peace is a necessity for both the living and the dead.