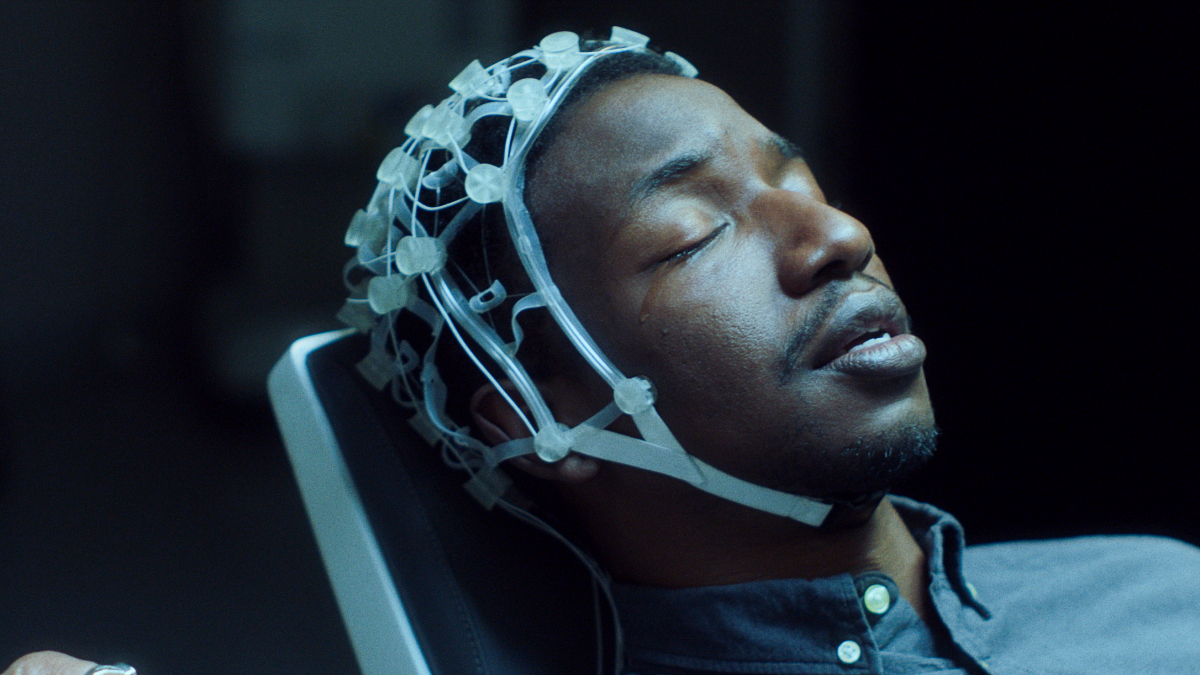 Nolan (Mamoudou Athie) needs Post-It Notes to get through the day. A car crash took his wife and his memory, and the colorful little squares give Nolan useful info while his young daughter Ava (Amanda Christine) is often forced to assume a parental role.

But there is some hope…of the experimental kind.

Dr. Lillian Brooks (Phylicia Rashad) thinks she can help Nolan regain his memory and reclaim his life through her “black box” therapy. Worn like a high-tech VR headset, it allows the patient to wander through their own subconscious, re-living past experiences until they manifest in the conscious world.

Director and co-writer Emmanuel Osei-Kuffour anchors his feature debut with some recognizable inspirations, crafting another sci-fi ode to identity that flirts with horror tropes while struggling to find a unique voice.

Athie (The Get Down, Underwater) carries the load here with admirable range. The Nolan we come to know early on is not one found in his own subconscious. And as Nolan comes to fear that he is not the man he thought he was, Athie deftly balances the dual roles fighting for control.

And memories aren’t the only area full of mystery. Nolan’s friend Gary (Tosin Morohunfola), a Dr. himself, follows some suspicions to uncover disturbing information about the night of his buddy’s tragic car accident.

The note-posting and body-writing may totally recall Memento, but Black Box also swims in waters populated by iconic J-horror visuals and a touch of Get Out‘s “sunken place.”

The wonders of technology can hide a dark, malevolent side, and we can lose ourselves believing we are always in control.

It’s not a new idea, and Black Box doesn’t blaze any new trails revisiting it. But it is committed to the viability of the journey, and finds its greatest success in engagement rather than surprise.