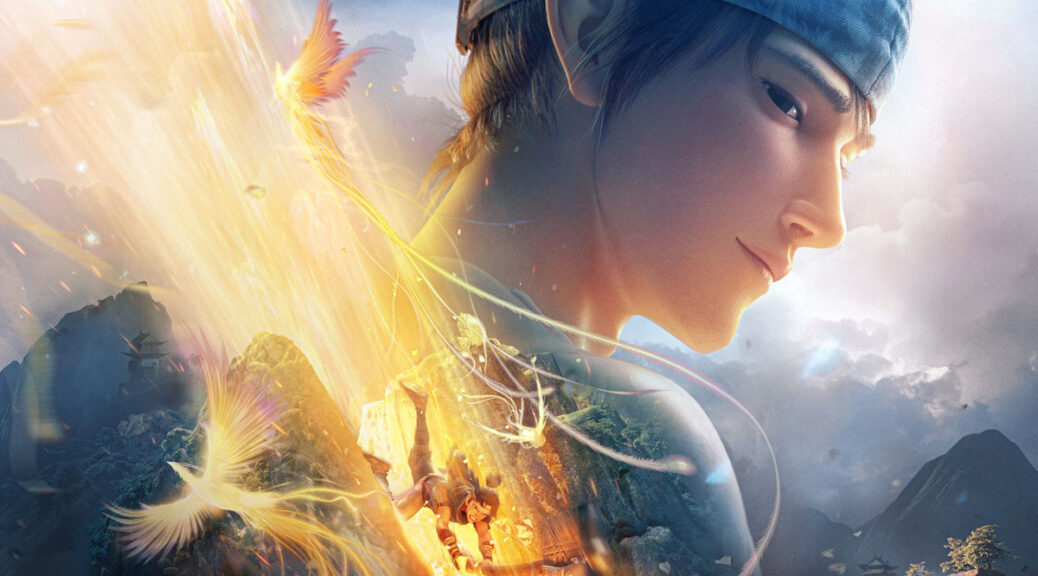 Much like its 2021 counterpart, New Gods: Nezha Reborn, this latest film from director Zhao Ji offers up a brand new take on another portion of Chinese mythology. In New Gods: Yang Jian, we follow god Yang Jian, who after the war of the heavens has been forced to take up a job as a bounty hunter scouring both the immortal and mortal realms for quarry. After all, one has to pay for (cosmic) gas and food somehow. Whoever said gods couldn’t be relatable?

Armed with fighting abilities, his wits, and a harmonica, Yang Jian sets out on an epic quest in a world that pulls as much from steampunk and western tropes as it does swashbuckling fantasy. Add in a host of spirits, demons, creatures, and other gods and you’ve got yourself a compelling concoction. The animation brings it all to life, stunningly created with CGI; standing toe-to-toe with everything that the animation studios of Disney, Sony, and DreamWorks conjure up, year in and out.

Beneath its numerous fantastical elements lies a generational tale of family, love loss, grief, and regret. Yang Jian carries a heavy burden in his mind and heart over the loss of his sister (as well as the events that led to it). These feelings are only further complicated when his quest brings him face to face with her now-grown son, whom he had promised to protect, but ultimately abandoned to the care of others. They’ll have to set aside their differences and work together to stave off magical disaster, neither of which will be any small feat. If that sounds tropey, it is! But that’s not a bad thing for stories of this nature. The fun of them is in the journey itself, not in guessable destinations.

New Gods: Yang Jian might not be bursting with narrative originality, but what it lacks on that front, it makes up for in gorgeous visuals, fun characters, and exciting fantasy-action setpieces. If you want something that can offer up the heart of family adventure animation and the derring-do of superhero entertainment, you’ll get your money’s worth. Also, be sure to stick through the credits!