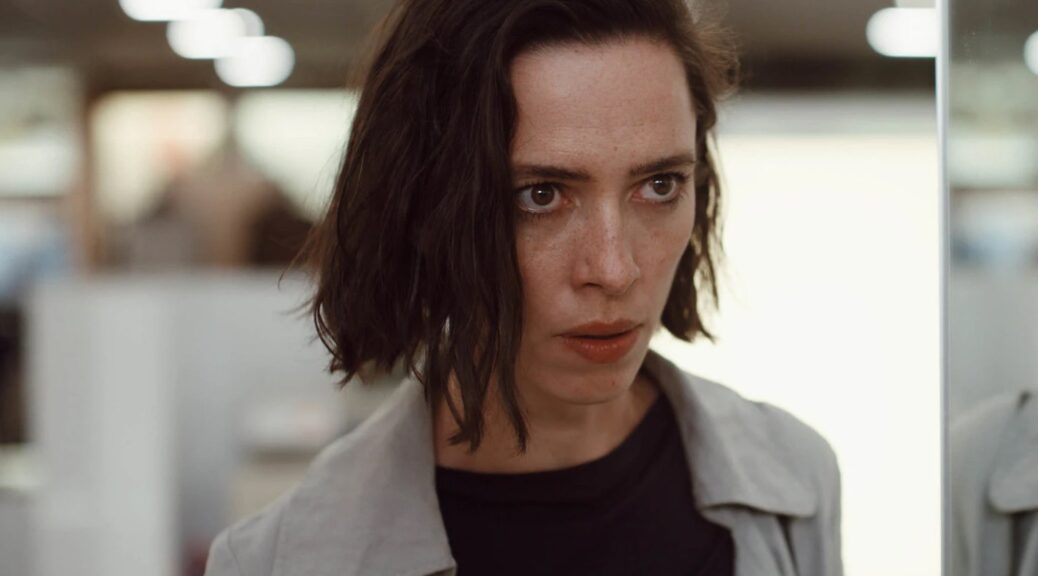 In 2020, Rebecca Hall starred in The Night House, a nice little haunted house tale. That movie worked, partly because it was filmed gorgeously, but mainly because Hall herself elevated all the little contrivances with an awe-inspiring performance.

It’s 2022 and she does it again, this time in writer/director Andrew Semans’s psychological horror, Resurrection.

Hall is Margaret, and as the film opens, she’s sitting on her desk, looking benevolently at young intern Gwen (Angela Wong Carbone), patiently offering advice. Margaret’s wisdom feels earned, but it’s hard to imagine this competent and controlled woman was ever weak.

What follows is the unearthing of a backstory that might seem maudlin and ludicrous in other hands. In these hands, though, Resurrection becomes unnerving and horrifying.

Semans’s film walks that worn path: is she crazy or is this really happening? Has Margaret’s past finally found her? Or has the prospect of watching her daughter (Grace Kaufman) turn 18—Margaret’s age during her own trauma—fractured her psyche?

Kaufman, along with Michael Esper as harmless love interest/office bestie Peter, offer grounded, tender performances that strengthen the film’s “is she or isn’t she” vibe.

Enter Tim Roth as the mysterious David. Roth channels the understated approach he used to great effect in Sundown and Bergman Island. Only here, the result is chilling.

On the surface, The Resurrection is a stalker thriller, bearing all the markings of the subgenre. But there is a deeply weird story unraveling here and Hall’s performance ensures that it leaves a mark. The lingering monologue where Margaret reveals the source of her panic is the kind of material that would break a lesser performer. It builds, as the camera closes in, to a reveal so bizarre it could easily become grotesquely silly. But you believe Hall.

And that’s the heart of Resurrection’s effectiveness. The fact that both Hall and Roth take the story seriously, never play it for laughs, and remain so understated in their performances creates a diabolical atmosphere. You’re as unmoored as Margaret.

You will squirm and look away long before the film’s bloody climax because watching Margaret come undone is traumatizing. Semans’s wrap-up is not as successful, but the damage his film does can’t be undone.