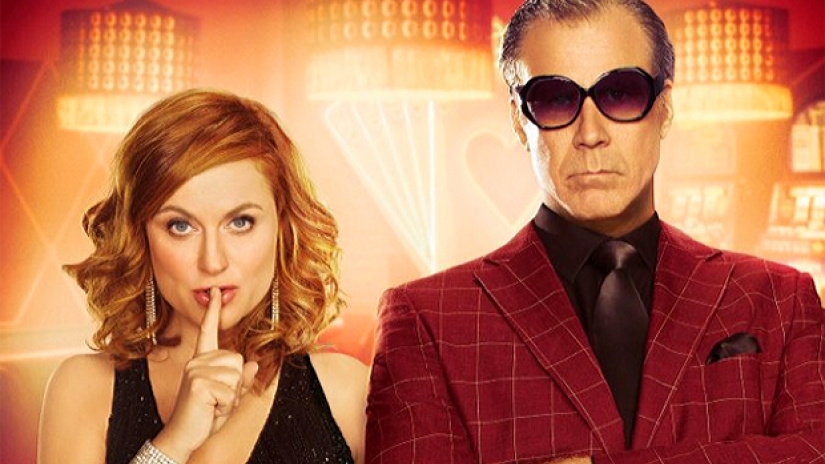 A comedy’s desperation is equal to the speed at which the outtakes start rolling, squared. Which means The House is mighty desperate to send you home laughing.

There’s plenty of talent involved, but it’s a film held together with barest of threads, as if the prompt for writers Andrew Jay Cohen and Brendan O’Brien (from the very funny Neighbors films – so what gives?) was merely to round up some funny people and hope they do funny things.

Will Ferrell and Amy Poehler are certainly funny, and they star as Scott and Kate Johansen, who start to panic when their daughter Alex (a curiously bland Ryan Simpkins) is accepted to Bucknell University.

Teaming up with their crazy, Vegas-loving friend Frank (Jason Mantzoukas) the Johansens open a secret neighborhood casino, kicking off a wave of uninspired riffs on stuffy suburbanites acting all Soprano and shit.

Cohen, making his feature directing debut, leaves plenty of contrived loose ends behind in search of the next forced gag. Fred and Barney may have pulled off a similar premise for 23-minutes in an old Flintstones episode, but The House is built on a less than sturdy foundation.