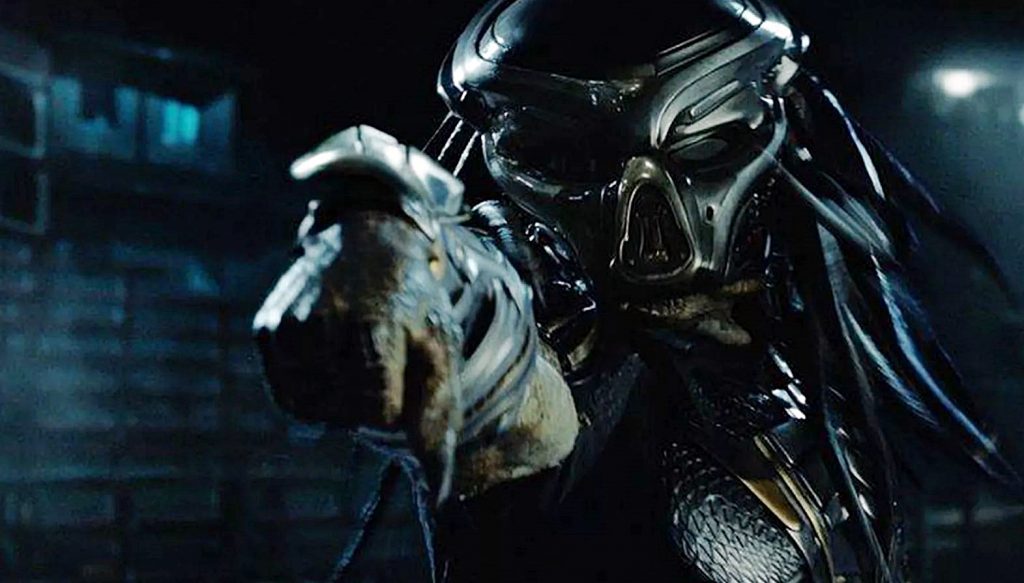 Shane Black loves him some Eighties, doesn’t he? The over-the-top machismo, the sentimentality, the tasteless and insensitive one-liners—the writer/director revels in every opportunity to splash those (and some blood and entrails) on the screen as he reboots The Predator.

This is the sixth installment, if you count the Alien vs. Predator films, so Black has his hands full finding a fresh perspective. First things first: a damaged, hyper-masculine male lead who uses humor to mask his pain. Enter Quinn McKenna (Boyd Holbrook, Logan).

A US Army sniper, McKenna and his men are in Mexico after some baddies and some hostages when a predator ship crashes. McKenna faces off with the nasty before making off with some of his gear. Then he’s in a bar/post office in Mexico. Then he’s in custody.

How did he go from A to B to C? Nevermind that! There are predator dogs this time!

There are a lot of those odd gaps in action logic, but since when is narrative clarity the point of a Predator movie (or a Shane Black movie, for that matter)? In many ways, Black is the ideal candidate to reawaken the sport-hunting franchise.

He clearly loves it, and he should, having played the small role of Hawkins in the 1987 original. Black takes pointed but affectionate shots at the source material and celebrates much of what made it (and most of Schwarzenegger’s 80s output) so fun.

Holbrook is a serviceable lead that Black quickly surrounds with a team of soldiers (Trevante Rhodes, Keegan-Michael Key, Thomas Jane). What kind of bunch are they? Rag and tag!

The story touches on humanity’s path to extinction, as well as our own evolution. That last part leads to some questionably respectful commentary on folks on the Autism spectrum. (Folks with Tourette’s can expect the same level of respect you might find in an Eighties action film. Or a Norm MacDonald interview.)

The FX are good. Not War for the Planet of the Apes good, but way better than the Aquaman trailer that rolled pre-film. The action is fun and sometimes imaginative, but the rest of the film is largely lacking in imagination.

There’s a lot of coasting going on in The Predator. A lot of boxes being checked—sometimes checked with flair, but they’re still the same old boxes. 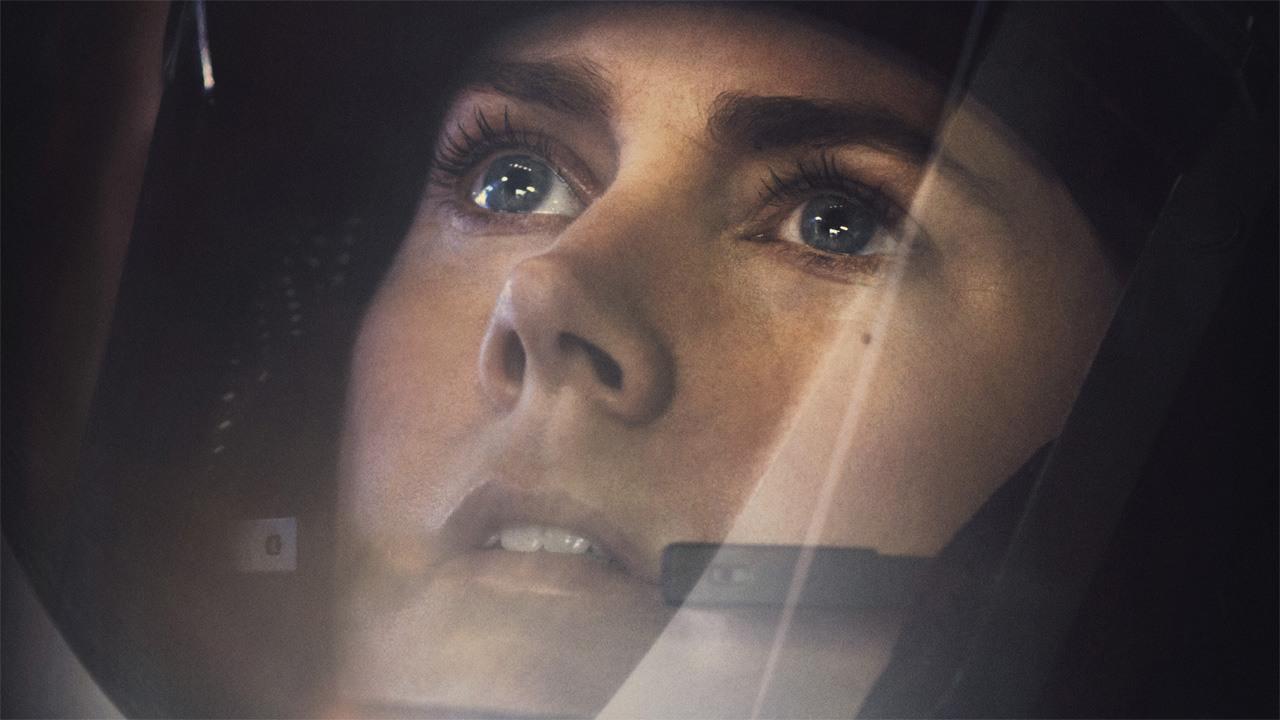 Amy Adams is as reliable an actor as they come. Thoughtful and expressive, she shares a tremendous range of emotions without uttering a sound.

With his latest, Arrival, director Denis Villeneuve puts her skills to use to quietly display everything from wonder to terror to hope to gratitude as her character, Dr. Louise Banks, struggles to communicate with visitors.

Twelve vessels have touched down in random spots across the globe: Sierra Leone, Russia, China, United States. Each nation has taken its own tack toward determining the purpose of the aliens. An expert in communication and linguistics, Banks has been brought to Montana to decipher that purpose.

Villeneuve, working from Eric Heisserer’s adaptation of Ted Chiang’s short “Story of Your Life,” whispers reminders of a dozen other alien invasion films without ever bending to predictability. His is a sense of cautious wonder.

Those familiar with the director’s work – particularly his more mainstream films Prisoners and Sicario – may be preparing for the unendurably tense. No need.

Yes, there are armed skirmishes, doomsday predictions and bad decisions, but Villeneuve’s focus and ours is always with Banks, whose struggle to make sense of the situation mirrors our own.

Adams owns a performance that does not immediately dazzle. Banks is a solitary, somewhat morose figure. Her predicament reflects humanity’s – she isn’t using her power to communicate for its true use, connecting.

Villeneuve and Adams toy with your expectations – Adams, because of your preconceived notions concerning her solitude, and Villeneuve through a sly playfulness with time and structure.

This sleight of hand allows the filmmaker to ask questions that are simultaneously grand and intimate. Arrival is a quiet film – not mind-blowing or terrifying or one to elicit a self-satisfied, “Fuck yeah!”

People looking for explosions and jingoism on a global scale need not attend. In its place is a quiet contemplation on speaking, listening and working together. While that may not sound like much excitement, it’s about as relevant a message today as anything I can think of.