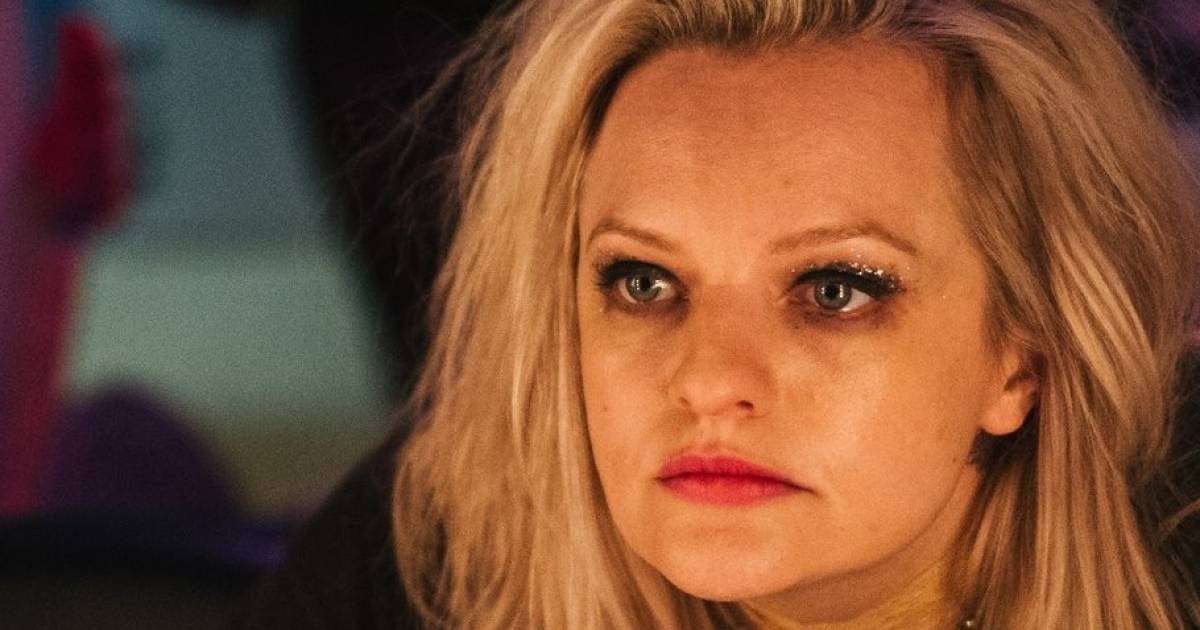 “Give them enough rope and they will do it themselves.”

You may think you’ve seen “Behind the Music” style self-destruction, but you have never seen anything quite like this.

And how great is that title?!

Writer/director Perry has a soft spot for unlikeable people. That is the most common element running through his work—Color Wheel, Listen Up Philip, Queen of Earth. So it’s no huge shock that he hasn’t made a profitable film yet. That’s a tough sell: come spend 90 minutes—or in the case of Her Smell, 144 minutes—with someone you’ll have a tough time tolerating.

Which is not to say Perry makes bad movies. He makes really good movies, they just try your patience. Her Smell has a couple of things going for it, though.

First of all, there’s train wreck appeal. Becky Something (a ferocious Elisabeth Moss) is so outrageously tough to love that you cannot look away from the downward spiral Perry dares you to witness.

The second and most important strength is Moss’s stellar turn as Something, a rocker facing the inevitable consequence of drug abuse, pathological insecurity and the shifting dynamics of the music world.

The film itself is a dizzying, self-indulgent mess, which only seems appropriate. Sean Price Williams’s restless camera captures it all. All of it. All all all. And Moss’s toxic, mascara-smeared maniac is such a loathsome explosion, you almost wish rock bottom would come, already.

Uncharacteristic of the filmmaker, though, regret and redemption color the film’s second half. It’s here that Moss’s rawness and the deeply felt character work from her supporting cast (an especially wonderful Agyness Deyn, in particular) repay you for the abuse you’ve taken for more than an hour.

The music itself—much of it, anyway—is the film’s real weakness. But Moss, who has more than proven her mettle in basically every role she’s ever taken, is more than fearless here. She is bare, ugly authenticity and there is something transcendent about sticking it out with her.