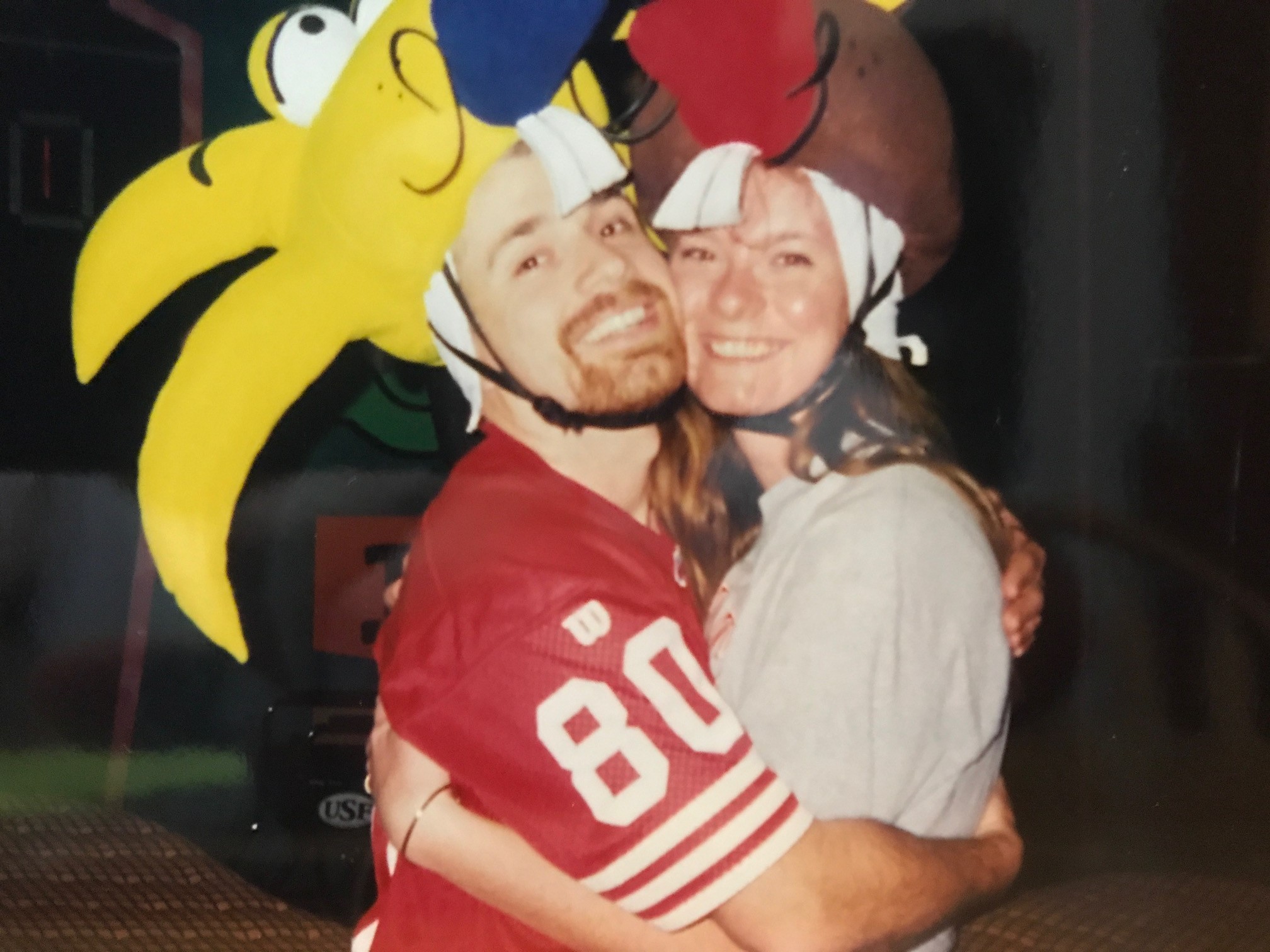 Years ago, we took the family tour of Orlando theme parks. Much to the chagrin of my son and me, my husband, George, declared this the vacation to volunteer. Every attraction in need of a villain to shoot Indiana Jones or a handsome prince to dance with the princess, George was their man.

I’m not a volunteer by nature. I like to mind my business in the stands and enjoy the show. Not that it actually matters to George. You see, at Nickelodeon Studios, when the emcee announced he was looking for “some brave soul to volunteer,” George’s hand shot up.

Then the emcee finished his sentence with the words “their spouse.”

Wait a minute, what?

They dressed us like giant beavers, or more specifically, like the “Angry Beavers” in the Nick cartoon. I swear to God. I wore a beaver head and tail and my team battled a squad led by a similarly, ridiculously clad George in building a dam using giant Lincoln Logs.

What brings this memory back? George volunteered me again.

This time it was during a Columbus Clippers baseball game.

Barely into the first inning, as George and I were trying to tune out the annoying banter from the teenage date going on behind us, a representative from the Clippers’ promotion team approached me to enter a contest.

Move along, sir. This is not for me.

But George was so excited!

“What would she do?” he asked.

“She’d just need to pull her hair up into a hat, and then take the hat off,” he explained.

“You could do that!” George encouraged.

He pursued the issue. “What would she win?”

“A bottle of Pert,” explained the Clippers guy.

A bottle of Pert.

George often persuades me to do things I don’t want to do just because of his giddy enthusiasm. But I also felt a little sorry for the Clippers guy who had to try to lure contestants to look like idiots, all for a $4 toiletry item.

Plus, George was right. We were low on shampoo.

The staff was lovely. They even moved us to seats directly behind the dugout – despite the fact that George had just finished directing his loudness at the chatterbox teens, “I’ll buy you the damn lemonade if you’ll just stop talking!”

As we waited for the fourth inning, when the Clippers rep would return to lead me and two other contestants to the field, George coached me on how to make the most of my time in the spotlight.

He urged me to do my impersonation of Cousin It.

Sometimes, I’ll pull all my hair in front of my face and put a pair of sunglasses on top, transforming into the old “Addams Family” character. It’s a big hit with kids. It’s nothing I’m willing to do in front of several thousand people, however.

Eventually, the time came and I headed onto the field to face my fate. As they fetched me from our new seats, George shouted: “Do the Cousin It!”

And then he said, “Show no mercy! Don’t stop with shampoo. Hold out for the creme rinse!”

“It’s called conditioner, George,” I shot back. “We’ve talked about this!”

I ignored him, fearing a complete medley of 1980s “jock jams” was next.

As I walked to the holding area, I met the other contestants: Barbara, a cute blonde with her wee grandson in tow, and Mark, a sweet mountain of a man. Mark had more beard than I have hair, and on his head was a glorious mane: long, thick, shining, dense, gray and spectacular. I had no chance.

Clippers fans would vote by applause for their favorite contestant: Grizzly Adams, an adorable grandma with a cute kid or some lady who did not do the Cousin It.

I went home without the coveted bottle of Pert.

But at least no one dressed me like a beaver.