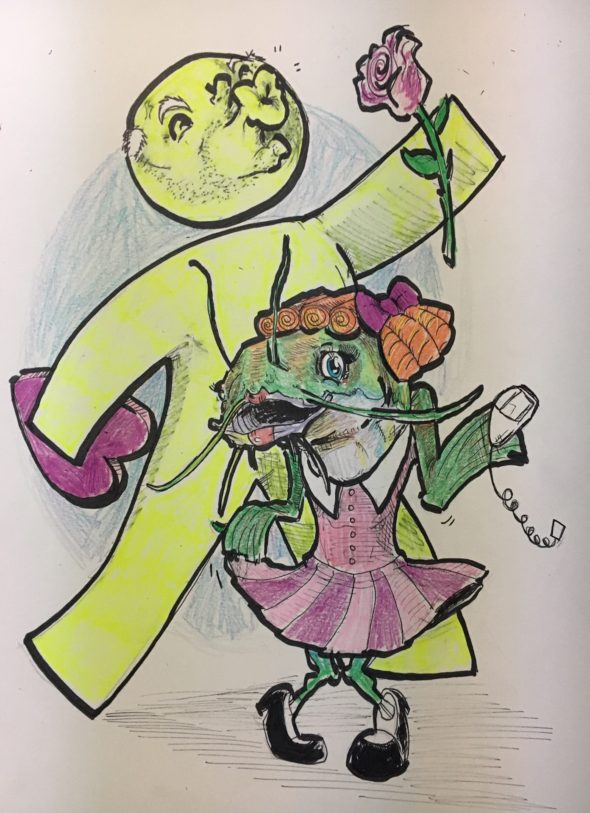 When I was a kid in the ‘90s, we used to receive disks in the mail containing access to free hours of America Online. My father, an early adopter of the home PC would not, at first, commit to signing the family up for dial-up Internet service, but he’d gladly hand over the free disks and allow me to hole up on the living room couch with a laptop that had the approximate heft and thickness of the era’s yellow pages.

I’d slide the disk in, and after a series of clicks and high-pitched whines, be connected to a world wide web of shit I did not understand. At least until someone called the land line and I got kicked off.

Dungeon and Dragons-based chatrooms with a degree of etiquette and formatting requirement that baffled me. Rooms of people complaining about their children. And a seemingly infinite amount of rooms where people introduced themselves with details about the size and appearance of their own personal genitals (or at least what they pretended were their own personal genitals).

I’d gamely try to play along, typing by hunting and pecking, misspelling almost every word and failing to keep up with the rapid-fire conversation of experienced typists all trying to find someone to bone or to at least facilitate some sort of masturbatory fantasy.

That is, until I was banned from the Internet.

When I was in the fifth grade, my mom decided to go back to school to get her teaching degree. As part of the curriculum, she had to take a class on educational technology.

Back in the ‘90s, I guess it wasn’t common for folks to have their own computer or access to the Internet, so the good folks at the education department of Northern Kentucky University gave all the students in the class their own Macintosh Classic IIs and access to Tristate Online—a local mini version of the Web provided by the area telephone company that consisted mainly of a series of bulletin boards on various topics.

As my parents were aware of my desperation to immerse myself in cyberspace, my mom granted me permission to use her computer and access Tristate Online, provided I waited until she was done with her homework.

I invented myself a new persona. I’d be 25, since that was the oldest age at which a person could still claim to be somewhat cool. I would be the older sister and roommate of the person the computer had been loaned to. I’d be lonely (this part was true) and looking for love.

And I put myself out there. I found a guy (at least I assumed it was a guy) who was in college (at least he claimed to be in college) who was also looking for someone. And we fell into a fraught series of chats conducted asynchronously via a bulletin board.

He liked me and seemed to buy into the persona I had created despite the rather glaring evidence that I was a child, or at least someone who lacked basic spelling skills. (This was before spell check and I honestly believed that the word sugar had an h in it.)

Meanwhile, at my day job, I was an elementary school student at a Catholic school so cliquish that my only friend had been lured away from me with the promise of joining the popular girl’s group…if she was willing to hold one of the scrawny and unpopular boys down on the playground and bite his ear until it bled.

Much to my horror, she went for it, leaving me with a chip on my shoulder and a tendency to take my lunch in the nurse’s office rather than sit at a table alone.

I wanted revenge against these chicks, and the sad boy on the bulletin board seemed like the best way to do it.

I was in the middle of arranging our first date when my mom had to turn the computer back in. But I’d given out “my” address, or rather the address of the head popular girl. And “my” name, or rather, her name, and set the date for our first rendezvous.

And I went to school, eagerly awaiting the gossip of how her parents reacted to the grown man showing up at their house to pick up their fifth-grade daughter.

I was unprepared for the fact that I was going to be the kid getting in trouble.

One afternoon my mom stormed into my room and slammed the door behind her, her eyes already watering from a barely repressed desire to rage-cry.

“What did you do?” she seethed.

My eyes slanted toward the cushion under which I tended to stash bits of candy for later consumption under the covers after bedtime while reading illicit Stephen King novels.

“What?” I asked, all innocence.

“I got a call from my professor today.”

I may have quirked an eyebrow here. I can’t be sure. I don’t exactly remember at what point I developed the talent of the one raised eyebrow although I do know it was something I consciously worked at for hours in front of the bathroom mirror. Anyhow, I’m sure there was some sort of quizzical look shot in her direction.

“Some man contacted her trying to find my,” big pause here, “sister.”

“Maybe they mean Kathleen?” I offered, her childhood friend.

“Apparently I have a 25-year old sister who is my roommate. This, this man was trying to find her. To. Go. On. A. Date. I had to tell my professor that the only other person who has access to my school computer is my 11-year-old.”

There was a lot of screaming and crying after this.

The downside was that I was banned from the Internet for approximately five years.

The upside was that I invented Internet catfishing in 1991.

Thanks to Rory Sheridan for the kick-ass illustration.