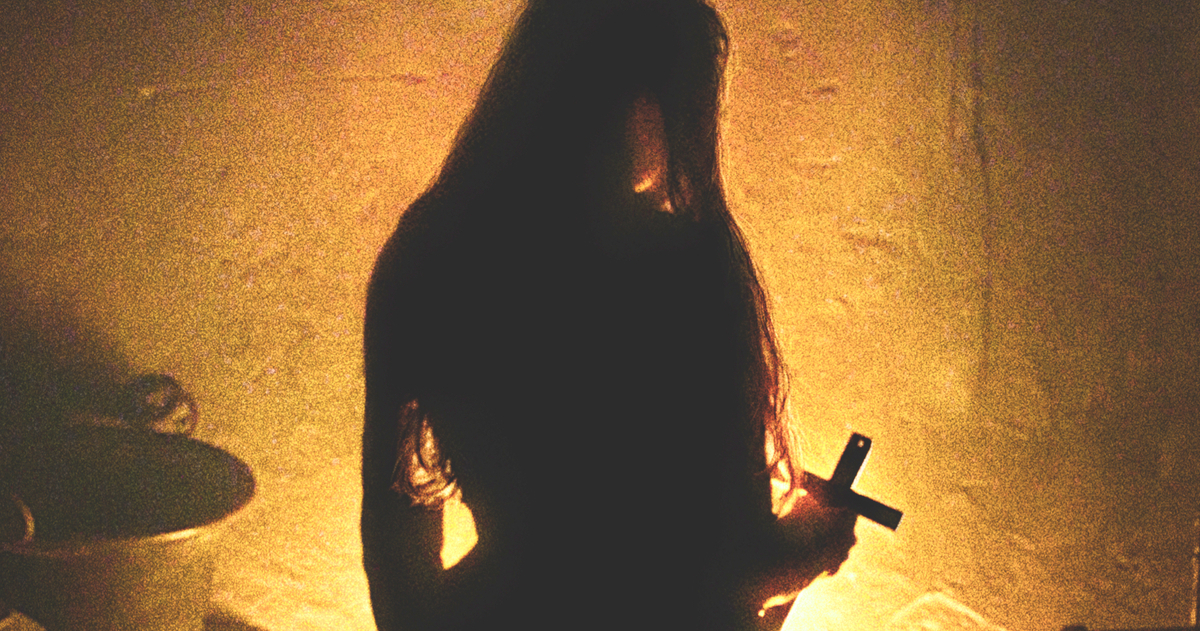 “Steal a sheep and they’ll take your hand. Steal a mountain and they’ll make you a lord.”

Writer/director William McGregor clarifies the source of real horror in his period chiller Gwen, premiering this week on Shudder.

The Witch, Hagazussa, The Wind – something in the air has horror filmmakers examining the choices facing women throughout our brutal, unforgiving history. McGregor’s addition to the collective reflection is as slow a boil as any of them – slower, maybe. And though his film casts a spell, the scary part is how well it tells the truth.

Gwen (Eleanor Worthington-Cox) is a teenaged farmer’s daughter in 19th century north Wales, where the value of real estate is quite a bit higher than the value of three female lives. Her father’s away at war and her mother (Maxine Peake, extraordinary) seems harder and more frantic by the day.

With her cherubic cheeks and school marm’s stare, Worthington-Cox does an excellent job of oscillating between taking on the maternal role and behaving like a child.

Peake, as ailing matriarch Elen, pits herself against everyone—often even her own daughter—in an attempt to protect her family and stand up for herself. The performance is bone chilling as well as heartbreaking. There is palpable longing in the relationship between Gwen and Elen, both of them desperate for an existence other than this, one where maternal love and nurturing were more than luxuries.

McGregor’s wisest instinct is in confining the story to Gwen’s point of view, her immediate perspective. Outside of two brief scenes, we see only what Gwen sees, hear only what Gwen hears. Even as she readies herself for adulthood, the world is a mystery to Gwen, and so it is a mystery to us. Very little makes sense as she sees it, and that perspective gives the entire film a menacing quality, a spookiness that shapes the narrative.

Certainly if you thought The Witch lacked action, or Hagazussa explained too little, Gwen may be frustrating. Which does not make it any less exceptional as a film.

But the story itself is a socially conscious drama brimming with despair and outrage.