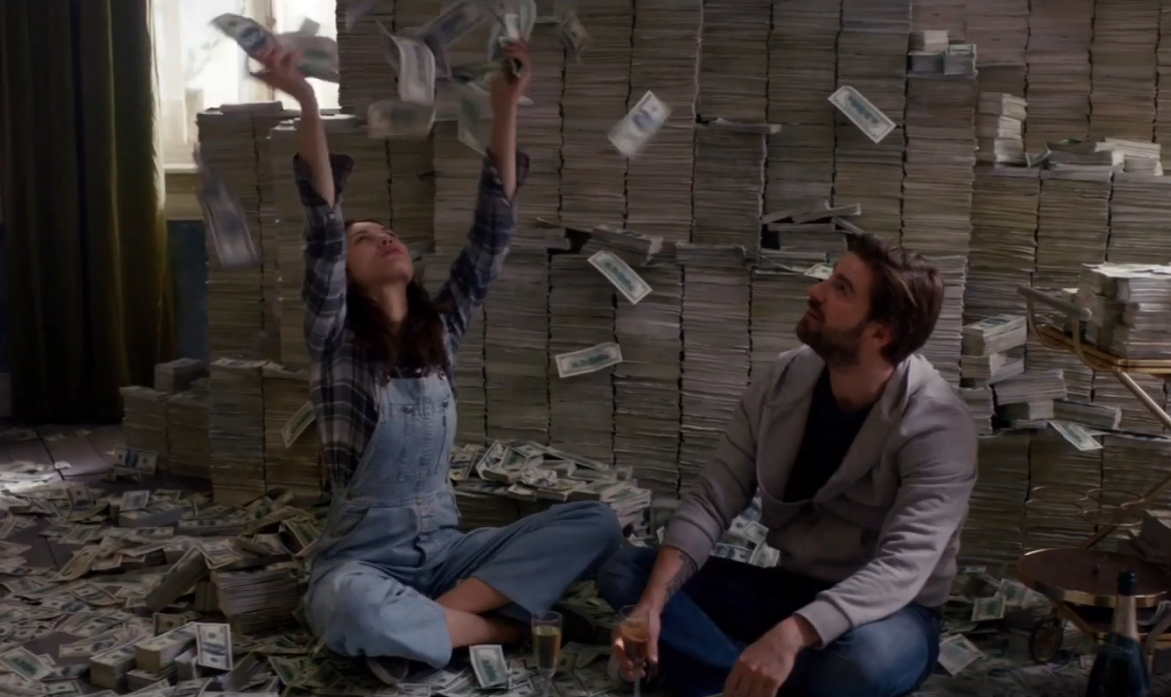 Why was Tommy Wiseau’s 2003 cult classic called The Room, anyway? Why not Tuxedo Football? Doggie McFlowers? Or the obvious: Oh, Hi Mark!

I know, I know, The Room made no sense as a title, which made perfect bizarro sense for a perfectly bizarro film.

This The Room is the new Shudder premiere from director/co-writer Christian Volckman, and while its title is perfectly fitting (though curious, considering the ease of confusion with Wiseau’s entry, as well as Brie Larson’s Room from 2015), the film itself struggles to add anything compelling to a familiar narrative.

Kate (Oblivion‘s Olga Kurylenko) and Matt (Kevin Janssens from Revenge) are moving into their new place in waaay upstate New York. It’s quite a fixer- upper, and somehow nobody hipped these homebuyers to all the gruesome details of the killings that occurred there.

“Nobody told ya?” asks an incredulous yokel.

Nobody did, thanks old-timer. Good thing, then, that Matt can get filled in with a quick Google. But wait, that’s not even the home’s biggest secret.

It’s got a room, a special room, that will give you whatever you ask. A ton of cash? Done. Priceless art (Matt is an artist)? Van Gogh for it!

What about a child? After two miscarriages, the room could be the answer to the couple’s prayers…or there could be a catch to all this wish-granting.

Kurylenko and Janssens are all in, and Volckman (helming his first live action feature) sets an acceptably creepy mood on the way to a mind-bending, off the rails finale, but The Room can never get below the surface of themes that have been tossed around since the earliest Monkey’s Paw adaptations.

The Room includes the lesson as a line of dialog, which is a crystal clear picture window into the subtlety to be found inside.