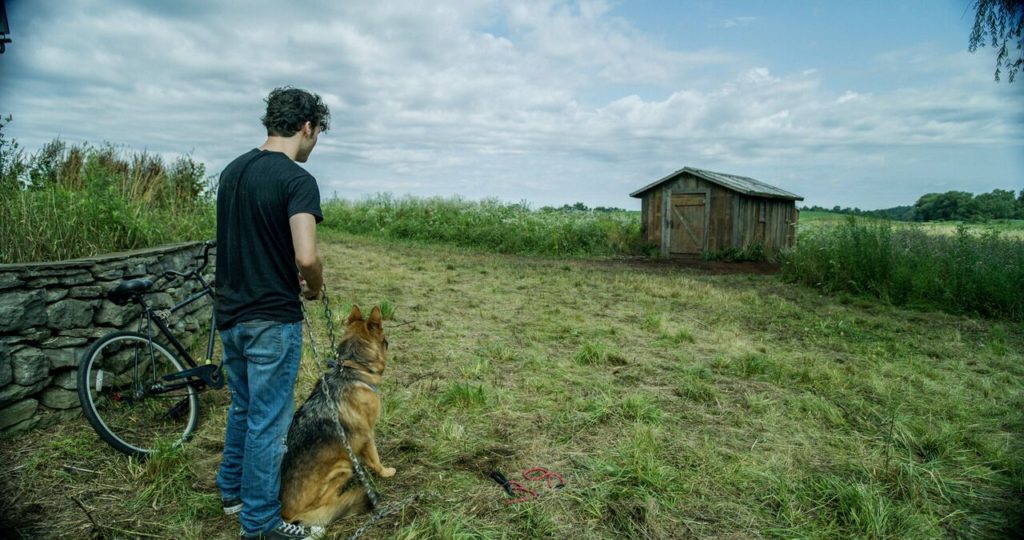 The 2008 film Deadgirl tested me. Boasting solid performances across the board, it told of a bullied teen who pined for the bully’s girlfriend. He and his even more damaged best friend find a monster, which one sees as a curse and the other sees as a gift. The resulting 95 minutes took me three tries to complete, not because it was scary or gross or troubling, but because it was unwatchably hateful.

Stan (Jay Jay Warren), still stuck on his middle school crush Roxy (Sofia Happonen), is in trouble at school, with the sheriff’s department, and with his abusive grandfather, not to mention the local bullies—who have a real field day with his best friend Dommer (Cody Kostro).

So far so familiar, but Sabatella zigs when you think he’ll zag in a couple of important ways. The monster in question—that thing stuck in the shed, at least until sundown—used to be his neighbor, Mr. Bane (Frank “Big Brain on Brad” Whaley, nice to see you).

What Sabatella mines with just a handful of excellent, tense, gory scenes is a certain isolated, rural anxiety. He mixes childhood terrors with adolescent angst with smalltown rebellion with something aching and lonely. All of it, in these few scenes, speaks to something authentic in terms of wrong-side-of-the-tracks coming of age.

Everything else is borrowed, from the Night of the Living Dead and Fright Night, that old Michael Fassbender Nazi zombie thing Cold Creek and, of course, the morally bankrupt Deadgirl. Maybe just a touch of Stakeland.

Kostro is particularly effective as the best friend who’s far more f’ed up than Stan realizes and Warren offers a strong emotional center to the film. There are about a dozen too many nightmare sequences and the end is simply nonsense, but for horror fans, it’s not a bad time.