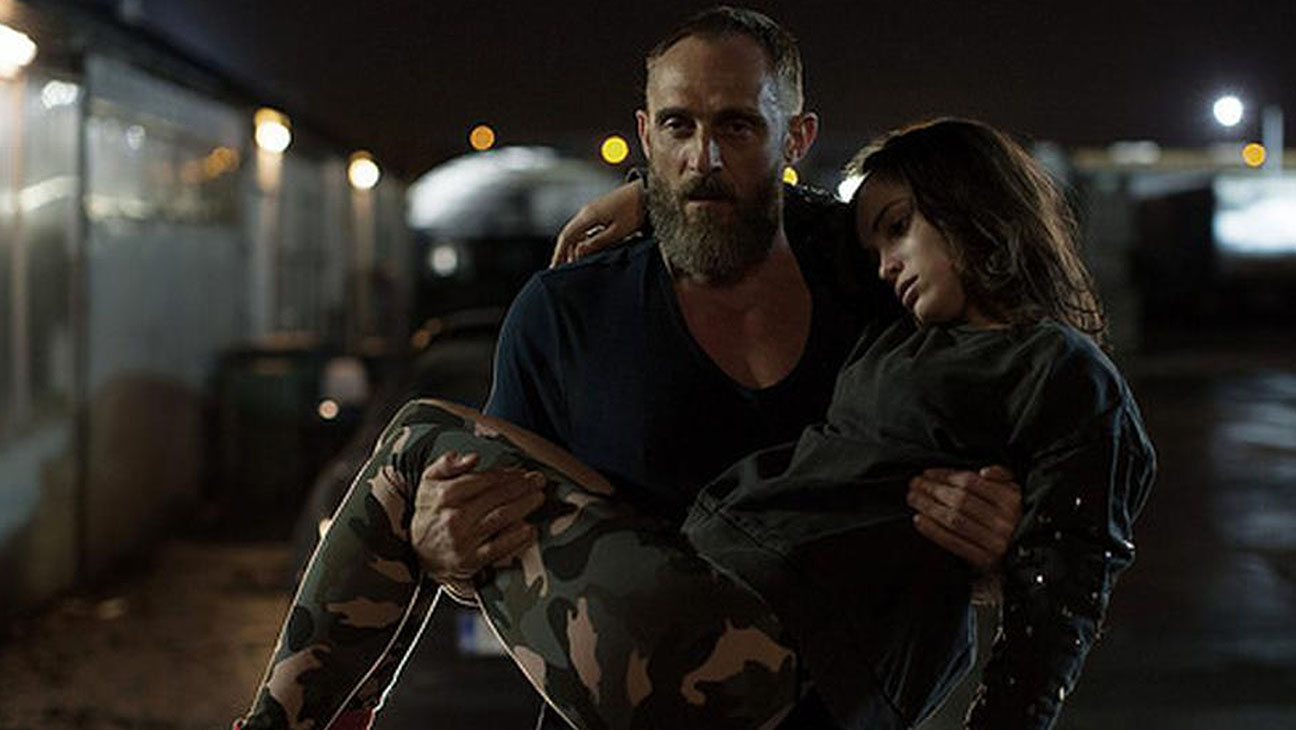 Bluebird in My Heart

“There’s a bluebird in my heart that wants to get out, but I’m too tough for him. I say, stay in there, I’m not going to let anybody see you.”

As I often do before starting to write a review, I went to Google and typed in the title of the movie. I’m typically looking for behind the scenes info about the film at hand, but this time something different stood out: the above opening to Charles Bukowski’s poem Bluebird.

The connection between A Bluebird in My Heart and Bukowski’s poem is tenuous. One might be inclined to link the hard drinking, womaning poet with the film’s protagonist.

That would be giving it more thought than the filmmakers did.

Danny (A Hijacking’s Roland Moeller) has recently been paroled from prison. A chance meeting affords Danny the opportunity to live in a small hotel in exchange for some carpentry work. Danny strikes up a somewhat reluctant friendship with Clara (Lola Le Lann), the hotel manager’s daughter. When a savage act of violence is carried out on his new friend, Danny is torn between enacting revenge or keeping his head down as a new parolee.

A Bluebird in My Heart is the kind of basic revenge story that we’ve seen dozens of times before. Basic can be good when offering up memorable performances or a few plot twists and turns. Bluebird has none of that. This is a film that’s set on checking off all of the standard boxes that come with a revenge plot.

First time director Jeremie Guez struggles to make Danny and Clara’s relationship the heart of the film. The problem is that we’re never truly allowed to get to know these two people. Danny is defined by his past incarceration, while Clara’s story is characterized by a father who is currently behind bars. Their characters, and their relationship, is entirely superficial.

This pointed focus on Danny leaves the villains largely faceless. After whiffing the relationship between Danny and Clara, some outstanding villains might have freshened things up a bit. That doesn’t happen. What we get are the typical indistinguishable bad guys in black leather coats and sloppily shaved heads. These guys barely register as a threat.

Cinematographer Dimitri Karakatsanis does at least manage to make the film look outstanding. The urban setting forgoes the typical colorless drab and instead takes full advantage of early morning and evening light. Even the inside of the cheap hotel is bathed in shadow and warm blue light. The entire film has an inviting visual appeal.

Despite having some outstanding visuals, A Bluebird in My Heart still only offers a rehash of many of the same tired revenge flicks from the last decade.