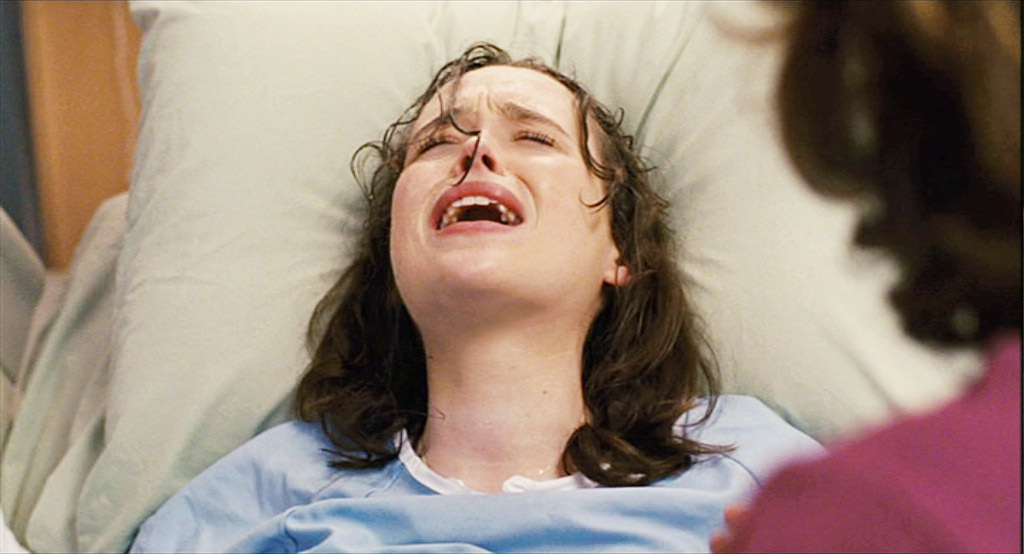 It’s Labor Day Weekend, and we’ve decided to take a mo and celebrate the hardest labor of all. The pregnant kind. Here are our five favorite pregnant lady flicks.

The Judd Apatow brand extends to films he simply produced, so he may be getting more creative credit than he deserves, but he had back to back writing/directing/comic gems with 2005’s Forty Year Old Virgin and this Pregnant Beauty and the Beast. Better for its ensemble than its leads, the flick boasts dead-on genius work from Leslie Mann, hilarious support from Paul Rudd, Jonah Hill, Jason Segel, Jay Baruchel and Kristin Wiig, and it introduced the world to the now constant comic presence of Ken Jeong. At least he kept his pants on for this one.

Jason Reitman, Diablo Cody, Jason Bateman, Michael Cera and Ellen Page enraptured us all with this quick witted, brilliantly cast, endlessly quotable comedy about a pregnant teen. Reitman and Cody would pair up again with the nearly flawless Young Adult, but their first collaboration remains fresher and funnier than you think.

Soulful and funny, gorgeously filmed and perfectly cast, Waitress is the list’s underseen joy. Pie baking phenom Kerri Russell squirrels away money so she can quit her waitressing job and leave her husband, then finds herself pregnant and attracted to her new doctor. Writer/director Adrienne Shelly’s film offers a pitch-perfect supporting cast, a cleverly crafted script, and the remarkable ability to make you want to eat pie right now.

Holy shit. Inside is not for the squeamish. This French horror flick pits a merciless villain against an enormous expecting mother. Though the film goes wildly out of control by the third act, it is a 2/3 brilliant effort, a study in tension wherein one woman will do whatever it takes, with whatever utensils are available, to get at the baby still firmly inside another woman’s body.

If you’re going to see only one pregnant lady horror flick, make it Rosemary’s Baby. It remains a disturbing, elegant, and fascinating tale, and Mia Farrow’s embodiment of defenselessness joins forces with William Fraker’s skillful camerawork to cast a spell. Yes, that crazy pederast Roman Polanski sure can spin a yarn about violated, vulnerable females.