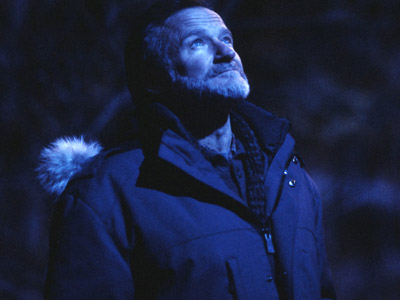 The shocking news of Robin Williams’s sad death brought back a flood of memories for the countless fans he entertained since the 1970s.

Most anyone you stopped on the street would have no trouble rattling off some of their favorites: Mork, Garp, Good Morning, Vietnam, Mrs. Doubtfire, The Birdcage, Aladdin, Dead Poets Society, the Oscar-winning performance in Good Will Hunting, the list goes on and on.

From movies to TV to standup to epic talk show appearances, Williams was such a unique, versatile talent that his absence just doesn’t seem possible.

He’s always been there, hasn’t he?

In a resume littered with hits (and, like any performer, some big misses), here are some highlights you may have missed:

Williams plays a lonely widowed neighbor with a crush. Annette Bening is the object of his admiration, but she’s gotten herself into an odd relationship with Ed Harris. Though the writing isn’t strong, Williams and his veteran co-stars offer wonderful performances.

Inspired by a true story, Williams is riveting as a radio host who becomes intrigued by the story of a young fan, only to find himself caught in a dangerous game of deception.

Speaking of dangerous, Williams gives a haunting performance as a lonely photo lab employee who becomes obsessed with a family that frequents his store.

2002 was the year Williams went dark. In this smart, tense thriller from director Christopher Nolan, Williams goes head to head with Al Pacino as a murderer drawing a famous cop into a cat and mouse game.

Williams’s zany brilliance is fully realized in director Terry Gilliam’s eccentric story of a suicidal man (Jeff Bridges) trying to atone for a mistake that forever altered the life of a homeless man (Williams).