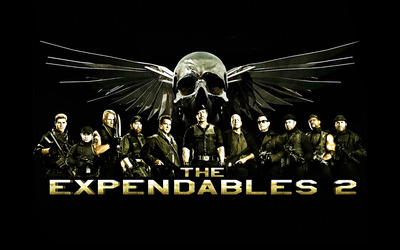 A local teen rocked his household this weekend when he returned from a showing of Expendables 2 with the evaluation, “It was pretty good.”

The boy, son of The Other Paper movie reviewers George Wolf and Hope Madden, shows no remorse when extolling the virtues of the Stallone pic.

“It was fun,” he claims, with no apparent irony.

The film critic pair deemed the film’s predecessor, The Expendables, the worst film of 2010 in a year-end blog. Though neither have taken in the sequel – which, shockingly, did not screen for film critics – they feel confident in their prediction that the movie “blows.”

And yet, their son claims otherwise.

The boy insists they have no real ground for arguing the point until they see the film.

Wolf retorted, “I could get a good look a T-bone by sticking my head up a bull’s ass, but I’d rather take a butcher’s word for it!”

His foolish pride at this archaic turn of phrase evaporated as the boy reminded him that he too, had seen Tommy Boy. Both critics finally resigned themselves to the fact that they would, indeed, have to watch the film if they wanted to continue to argue the point.

Neighbors report that the back and forth comments continue to be of the snide variety, and that the young man’s excitement upon hearing recent “Larry the Cable Guy” concert dates threatens to escalate the situation even further.