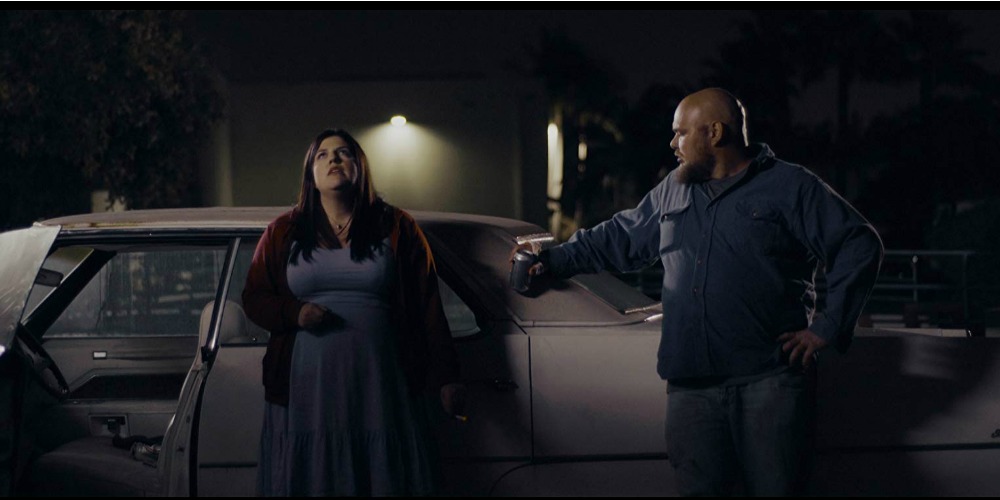 Alcoholism and addiction prove to be powerful underlying themes for a lot of horror films—The Shining, The Monster, and Habit among them. Writer/director/star Rakefet Abergel delivers a twist on that sobriety tale in her short, Boo.

It’s a clever film with a savvy lead turn by Abergel as Devi, 7 years sober and waiting for her fiancé to pick her up from the meeting where she gets her chip.

So much can happen in those minutes between “Come get me” and “I’m here.”

A couple of friends, both more recently sober, smoke and wait with her awhile, and Devi reveals that lately she has just been so tempted.

From there, the filmmaker runs through a quick handful of everyday nightmares: alone in a parking lot, then not alone. Polite and then afraid. In every scene, though, Abergel’s performance suggests a distraction greater than the fear itself.

One thought on “Monstrous Temptation”