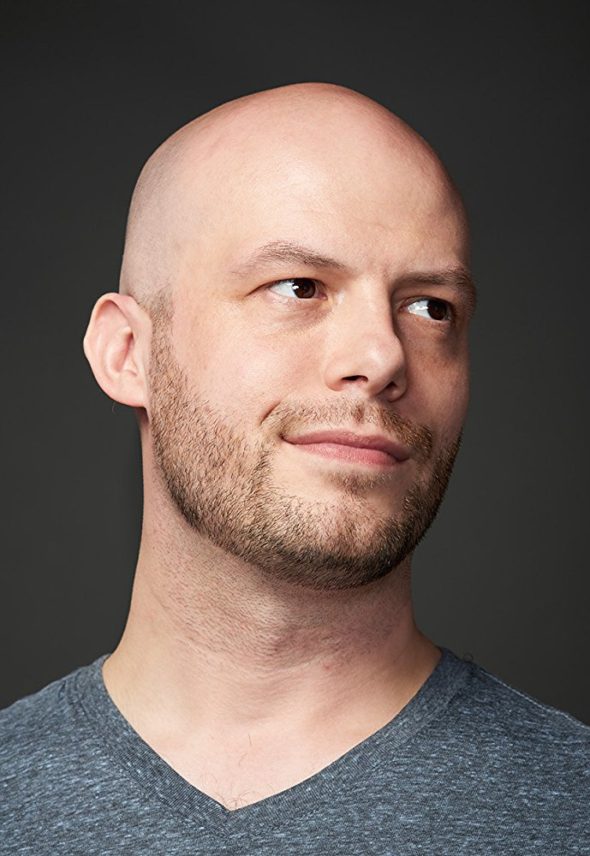 Filmmaker Ted Geoghegan has been making horror movies since 2001 when he began writing primarily low-budget European horror. His award-winning 2015 break out film We Are Still Here, a haunted house tale starring beloved genre staple Barbara Crampton, marked him as a director worth attention. He leveraged that success to tell a story he’d been mulling for years, a genre hybrid that breaks new ground called Mohawk.

Hope Madden: Did you set out to make a horror movie this time around:
Ted Geoghegan: Even though it’s being marketed as an action-horror film, Mohawk‘s more of a sad, angry drama about marginalized people. It’s spiritually similar to We Are Still Here while also being a total, hard 180.

Madden: How’s that?
Geoghegan: Mohawk‘s a very unconventional period film, from the relationship of its lead characters and hard synth score to the fact that it was shot completely with natural light and on actual Mohawk land. It’s a sad, angry, very political anti-Trump drama about colonialism, but it’s also got people being stabbed in the head. It’s awfully different and we take some bold creative choices, but I figure that’s what cinema is for.

Madden: Mohawk is possibly the first Western to take the Native American point of view, but definitely the first to make that perspective female. Did you set out to break that ground?
Geoghegan: Absolutely. I’ve made it a point in my directorial works that my films are always anchored by a strong female lead. I am someone who relishes the idea of being able to tell the stories of marginalized people and encourage those people to be able to tell their own stories as well.

Madden: How did this story come about?
Geoghegan: This story that has grown out of my youth in Montana followed by my present life in New York City. I grew up around a lot of Native and indigenous people and for me, it was a part of my daily life. Years ago, when I moved to New York City, I was surprised by the lack of Native faces on the streets. It greatly surprised me and saddened me.

I remember being surprised by the number of times I would see signs saying Mohawk Construction or Mohawk Steelwork or Mohawk Ironworks over a lot of the City’s buildings: the Chrysler building, the Empire State building.

While I was aware of the fact that the Mohawk were an indigenous people, I knew very little about them aside from the eponymous haircuts. I wanted to learn more, so I started reading up on these people who were very foreign to me but who were the original people who called the region that I call home their original home.

I was bowled over by a lot of what their society had gone through over the course of several centuries and found that it was a story that I might want to tell.

I am a white man of European heritage and for me, I understand the gravitas, I understand the weight of telling a story like this about the decimation of indigenous people and tried to make the point through all of the creative process to not only treat it with the respect that it deserved, but also the humility of telling the story of someone with a very different heritage.

Madden: How did you manage to stay out of your own way?
Geoghegan: It is a topic that I try to treat with the utmost respect and responsibility.

I am a fan of war films, but my favorites are those that do not portray the heroes with halos and the villains twirling their mustaches. To me, war, like all aspects of humanity, exist in shades of grey. I think it’s important to portray that in your heroes and your villains.

Over the course of events in Mohawk, a group of scared, angry white men were making decisions based almost solely on fear and blind hatred. And you have a group of heroes who are making their decisions almost solely based on fear. These are not rational people and they are not necessarily making decisions that may be the best given the circumstances. I think it’s extremely important to acknowledge that no one is truly innocent, that everyone is in some way guilty.

Madden: Tell me about your cast.
Geoghegan: Kaniehtiio Horn, is actually a Mohawk. She was rather wary about the fact that she was reading a script called Mohawk written by two white men of European descent, but she really responded well to the film. She felt like the story resonated and she was very appreciative of the fact that we had done our research. She did have a lot of notes, which we were so excited about. The fact that we were able to incorporate so many things in the script was beyond our wildest dreams.

I feel very blessed that I was able to work with Mohawk actors and native contributors to the film in terms of language consultants to make something that not only I could be proud of but they could as well.

Madden: And the wardrobe?
Geoghegan: The wardrobe was created in cooperation with a historical producer we brought on to the film, Guy Gane. Guy spent the majority of his life researching the 1800s and he was so excited to tell a story set during the War of 1812, a war that’s been almost completely erased from cinema. It’s a war in which the US lost, so we tend to not talk about hose as much.

Guy brought in an amazing team of people who helped us create the very historically accurate wardrobe for both the native people and the new Americans. A lot of people might expect native wardrobe to look more traditionally cinematic. Guy really helped us understand that the Mohawk, in particular—who’d been trading with Europeans for centuries by that point—actually dressed in a rather modern style. The fact that Oak wears a red miniskirt is not anachronistic in the least. It’s actually exactly what young Mohawk women were wearing, down to the ribbon and down to the fabric. And it was such a joy to be able to work with him on that and help change a lot of expectations about what a lot of Mohawk people looked like and acted like at that time.

Madden: It’s interesting that the three heroes are in a sexual relationship. What made you decide to take that approach?
Geoghegan: Upon researching Mohawk history, they are a polyamorous society. They are also a matriarchal society, which is interesting because of how patriarchal so many Native nations were.

Originally we tried to broach the fact that, while Oak is quite in love with these men, they’re in love with each other, too. Rather than have moments in the film where all three share a big, passionate kiss, I wanted to treat it as something that’s so normal it’s almost blasé.

I wanted to toy with traditional conventions about storytelling and that felt like an interesting way to do so. In studying the Mohawk people and just how truly unconventional and how anti-establishment they were as a society, I was inspired to include things like that. It also helps me understand why anti-establishment people now wear the Mohawk hairdo. It really comes full circle when you understand who the Mohawk people are as to why people decide to have this specific hairdo. It says a lot without saying much at all.

Madden: It’s similar to the way you address so much in the film without calling attention to it. You create a lived-in world where these unexpected choices—a female point of view, polyamorous relationships, matriarchy—feel like normal storytelling choices. Like, why not look at it this way?
Geoghegan: You really hit the nail on the head when you used the phrase “Why not?” That’s what the society right now needs to wrap their brains around. This is reality and why not? People are going to love who they love and live where they live and unfortunately people are going to hate who they hate. That’s the basic core message behind this film is trying to find some sort of space where all of these human emotions can all live in one place together.

Madden: How much was this influenced by today’s political climate?
Geoghegan: Extremely. It’s extremely, extremely influenced by what’s going on today and that’s actually the main reason why I made this film.

If the injustices that occurred in Mohawk were no longer happening today, I don’t know if those stories would have resonated as strongly with me. But the fact that so many marginalized people are screwed over every single day by other people, by blind hatred, by our government—I knew this was something that had to be addressed.

And again, given the fact that I am a white guy of European heritage, I had to take a very hard look at myself and my own ancestors and the fact that Holt (Cavalry officer) and his companions in Mohawk, those are the people that I am descended from. I think that I and everyone else in America needs to acknowledge this history of atrocity and do what we can to stop it from repeating itself, which it unfortunately seems like it is doing these days.

The fact that people are still being blindly persecuted because of the color of their skin or who they love or where they live is so unbelievable to me and I’ve often told people that I could remake Mohawk, set it in the year 2018 and change very few things and it would still work in exactly the same fashion, which is deeply unsettling.

After all of my impassioned speeches about it not being a horror movie, I now keep thinking – given that we’ve been living in a horror movie for the past two years – maybe it is.

Here’s to a time when stories like Mohawk aren’t as timely.

Mohawk opens in limited release and on VOD Friday, March 2.