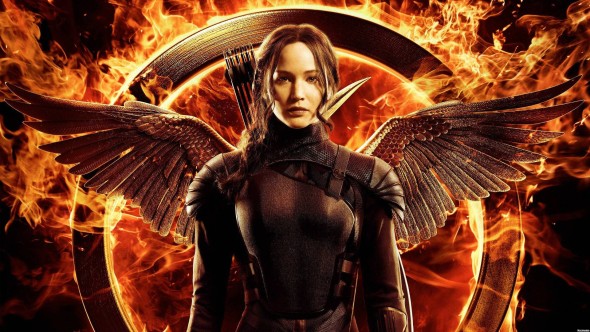 Both Whiplash and Rosewater open this weekend at the Drexel and Gateway Film Center respectively. Both are must-see independent films with Oscar buzz aplenty, but they also signal the end of the fall films. Next weekend, things move toward holiday hoopla, and the awards-baiting indies flow alongside giant blockbuster contenders – indeed, the two sometimes even intersect. What are the holiday films to look out for?

Not every adolescent novel series turns into quite this strong a film franchise. Much credit goes to the boundless talent of Jennifer Lawrence, whose surly heroine goes beyond games and into real revolution in the third of four installments.

Will it garner Oscar nominations? No. But early word on the sequel to the surprisingly hilarious Horrible Bosses looks to have upped its game, and I want to play.

Get to know Eddie Redmayne. This guy can do no wrong, and he may finally get the notice he deserves in this film. Redmayne plays young Stephen Hawking in the magnificent James Marsh’s dramatization of Hawking’s relationship with his first wife, Jane (Felicity Jones).

Benedict Cumberbatch is impressing early audiences in his turn as Alan Turing, an Englishman who helped break the Enigma code during WWII. Director Morten Tyldum’s last film Headhunters was too enthralling to miss his follow up.

Reese Witherspoon is already the frontrunner in a an Oscar race not yet underway, but her turn as a woman who walks 1100 miles alone to get her head straight is impressing early audiences that much.

This Is the End proved that Seth Rogan and Evan Goldberg were solid comedic filmmakers. The two return to their spot behind the camera and pen, with Rogan and BFF James Franco starring as two shoddy journalists who head to North Korea to interview/assassinate Kim Jong-un. No taboo shattering there! It should prove to be uncomfortable, but smart money says it’ll be funny as hell.

Perennial Oscar contenders Amy Adams and Christoph Waltz star in Tim Burton’s biopic of artist Margaret Keane. Early predictors put Adams in the running for best actress, but if this is the film that returns Burton to solid directorial ground, it’s a victory already.

Rob Marshall brings the Sondheim musical to the screen, spinning a yarn that knots Brothers Grimm tales together and sees Meryl Streep, Johnny Depp, Emily Blunt, Anna Kendrick and Chris Pine playing recognizable fairy tale characters. Early word is that the cinematic version boasts inspired performances, particularly from Depp and Streep as The Wolf and The Witch, respectively. We’re in.

Come January we can expect a couple late-running heavy hitters including Paul Thomas Anderson’s Inherent Vice and Clint Eastwood’s American Sniper before the winter blahs hit theaters. Foxcatcher’s been a moving target, but it looks like local audiences will finally get a chance to see that by mid-January. But you know what? As far as we know, the Browns may still be in contention in January, so we may still have something to watch!

Wait, did we just jinx us?

← Beyond the Cliches
Twofer ‘Toon Tuesday For Your Queue →
Scroll Up