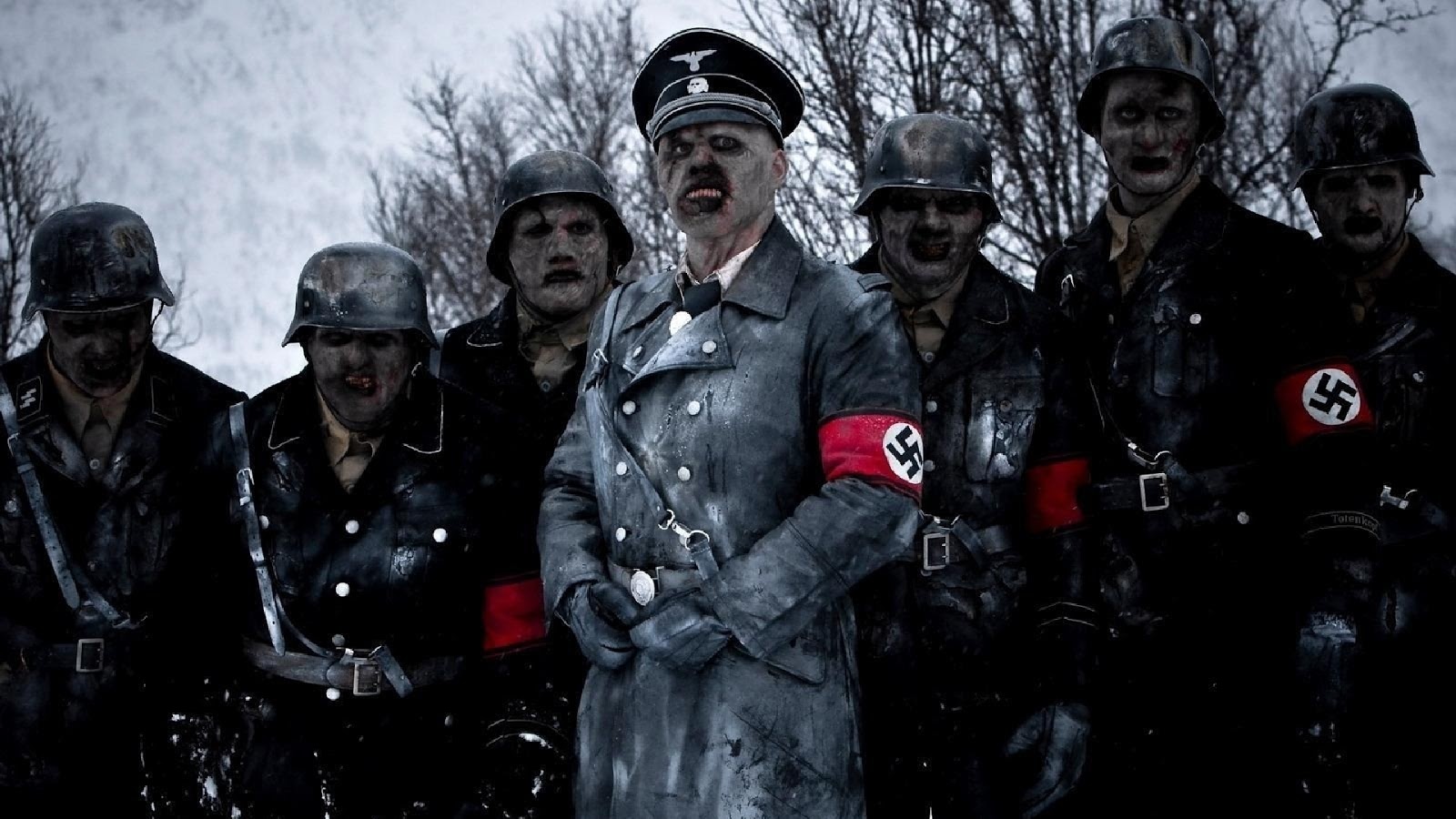 Last time around, a good looking group of college students headed to a remote cabin for Spring Break. There, they awakened something evil, and only Martin (Vegar Hoel) managed to escape. Well, sort of escape.

The sequel (filmed in English) picks up right at that same parked car where, back in 2009, Martin realized he still has one piece of that accursed Nazi gold. A few severed limbs, one disemboweled trucker, one monster car crash and some weeks later, Martin awakens in police custody inside a Norwegian hospital.

The good news – they sewed an arm back on!

The bad news – they didn’t use Martin’s arm!!

With a little ingenuity, the dark power of his new zombie arm, and the assistance of some American zombie hunters (read: nerds), Martin sets out to defeat the Nazi zombies once and for all.

Once again, Wirkola’s script is delightfully self-aware and full of bright comic moments. Betraying an encyclopedic knowledge of horror and SciFi, the filmmaker borrows lovingly and openly from some of the best splatter comedies in history.

There are few actual scares this time around, with Wirkola content to focus squarely on comedy… profoundly bloody, sloppy comedy. The jumps and startles have been replaced by boatloads of entrails and gallons of gore. There are not many taboos RVD isn’t willing to gut, trample or behead, either.