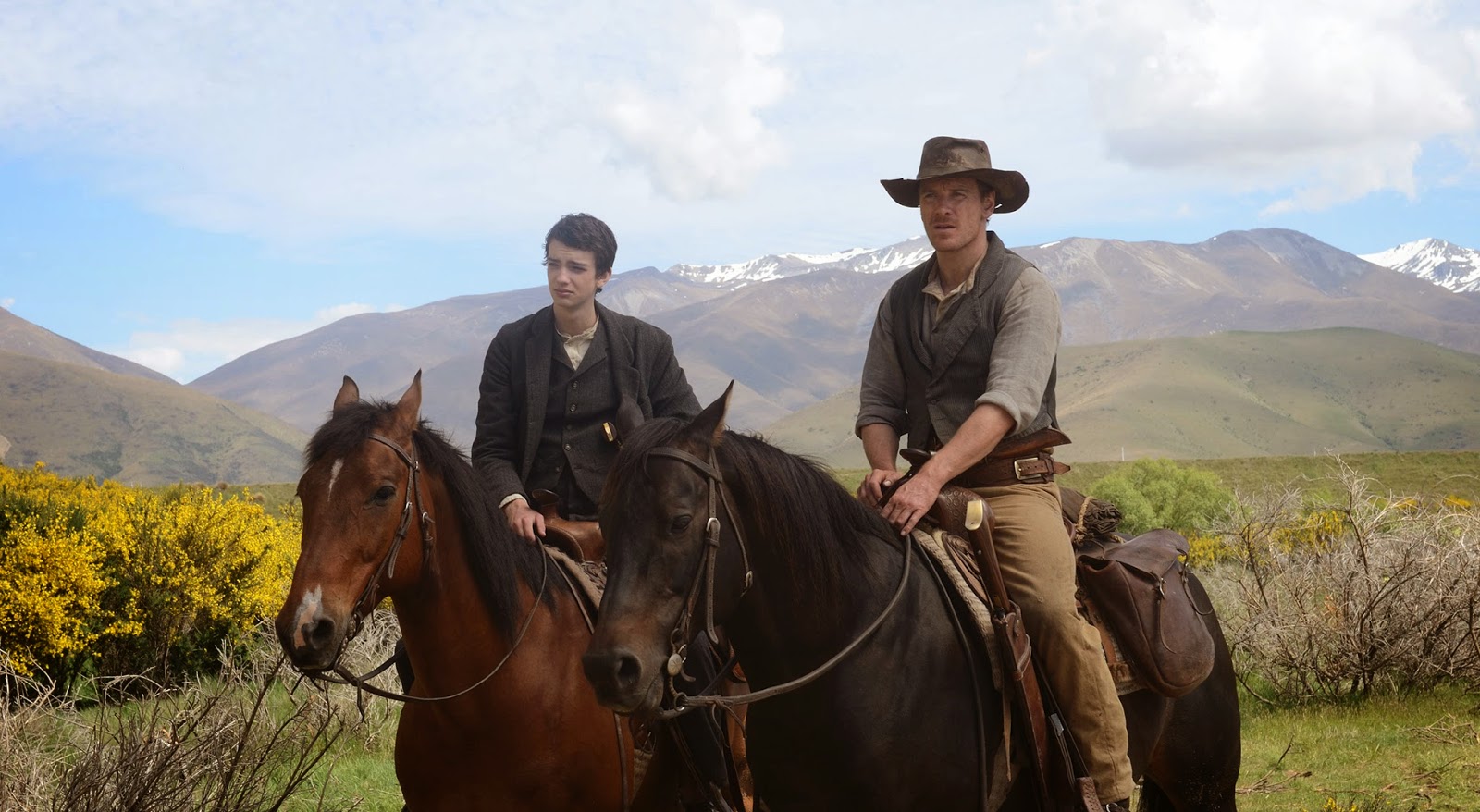 How about a good throwback western?

Slow West is just that. Quiet by summer blockbuster standards, but a solid piece of filmmaking, flush as it is with understated writing, authentic performances and stirring panoramic visuals.

16 year-old Jay (Kodi Smit-McPhee) is a young man on quite a mission. He set out from his home in Scotland, traveling alone across the frontier in 19th century America, with hopes of joining his beloved Rose (Caren Pistorious) for a new life in a new land. But there are complications to this true love story. A nasty bit of drama back home earned Rose and her father a price on their heads, which means plenty of outlaws are hunting them as well.

One of those is the strong, mostly silent Silas (Michael Fassbender). After crossing paths with the naive teenager and hearing his story, Silas secretly thanks Lady Luck and offers Jay a bit of protection on his slow journey to Rose.

Writer/director John Maclean, in his feature debut, taps into the spirit of classic westerns with an impressive level of confident restraint. These themes of innocence amid moral decay, of lost souls seeking redemption, are genre benchmarks, but Maclean knows they can still be effective.

He’s right. His script isn’t wordy, and his camera isn’t showy, but both set a solid foundation to make two outstanding shoot-out sequences that much more effective. Maclean’s instincts for actors isn’t bad either. Smit-McPhee is a believable babe in the woods, Fassbender delivers non-stop steely charisma, and Ben Mendelsohn, showing up midway through the film with an attitude as big as his fur coat, brings a fresh set of questionable allegiances.

Like its characters, Slow West is a film determined to make the destination worthy of the journey. Buoyed by talented actors, pristine cinematography and a filmmaker smart enough to know when less is more, it is.