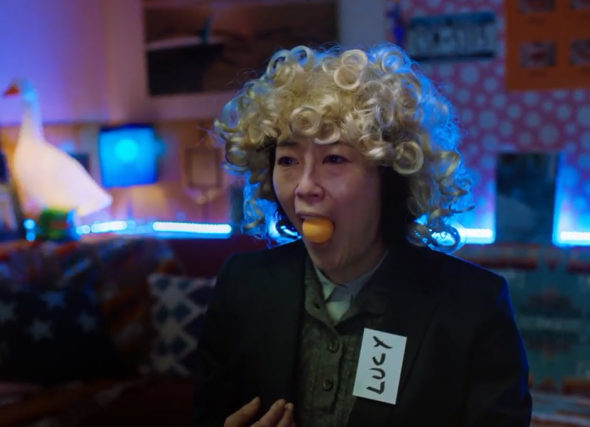 For her feature debut, writer/director Atsuko Hirayanagi expands her captivating short from three years ago, which left “Lucy” at a crossroads of self-discovery.

Hirayanagi also fulfills all the promise from that earlier work, taking a cross-cultural comedic premise and layering it with heartbreak, desperation, silliness and hope.

“Lucy” is actually Setsuko (Shinobu Terajima), an unmarried office worker in Tokyo barely on speaking terms with her sister Ayako (Kaho Minami). But Setsuko is friendly with Ayako’s daughter Mika (Shioli Kutsuna), and agrees to help her out with some cash by buying Mika’s unused English lessons.

The class is taught by John (Josh Harnett), who’s a bit of a hugger and big on new identities to pair with the new language his students are learning. Setsuko gets “Lucy” and a blonde wig.

She’s intrigued, and then confused, as John suddenly quits the class and heads back to the states – with Mika.

Hirayanagi’s writing, pace and camerawork are steady and assured, as she confidently fleshes out the story her short film hinted at so smartly. There’s plenty of humor in the film, but never at the expense of a uniquely human core that’s driven by Terajima’s marvelous lead performance.

There is pain in Lucy’s past, and she’s become a soul that’s merely existing, always longing for connection. Learning a new way to communicate awakens something within her, where a race toward the unknown offers the chance of a new life beyond fake names and wigs.

Part character study, part social commentary, and part absurdist comedy, Oh, Lucy! is sneaky in the ways it touches you. Light and breezy on the outside, it’s a film with a joyful heart that can’t be denied.