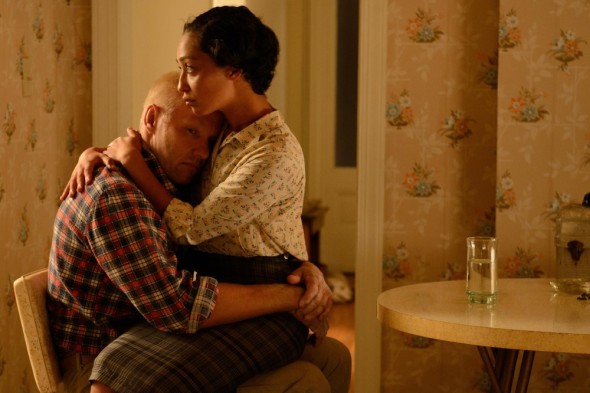 Like Barry Jenkins’s miraculous Moonlight, the new film from Jeff Nichols offers a needed, optimistic reminder that progress is not dead and the ugliness of hatred need not win – even when it looks like it has already won.

Like so many of Nichols’s films – his 2012 Huck Finn-esque Mud, in particular – Loving boasts an intimate, Southern storyteller’s lilt. Here the writer/director quietly shares the triumphant story of the couple whose Supreme Court case made interracial marriage legal in the US.

In 1958, Mildred (Ruth Negga) and Richard Loving (Joel Edgerton) married. Richard was savvy enough to have the ceremony conducted in D.C., but upon returning to their rural Virginia home, the two were arrested for breaking the state’s anti-miscegenation laws.

What follows, with admirable restraint, is a look at the couple’s struggle to live as they want, where they want.

Nichols conducts the effort with an understatement that gives certain small moments and images true power. Never splashy and far from preachy, Loving sits with an otherwise ordinary family and lets their very normalcy speak volumes about the misguided hate that would separate them.

His is a beautiful film anchored by Negga’s graceful, modest turn. Though legalizing the union was Richard’s idea – formally marrying and hanging the framed license in their home – it’s Mildred who is unbending, and in Negga’s hands, this will spills over with compassion and hope.

Edgerton’s Richard is a tougher nut. A man of few words, Richard would just as soon avoid the flashy lawyers and press that draws attention to his life. He just wants everyone to leave his family alone and, in return, his family won’t bother anyone.

Nichols may dial the drama down a bit too much, truth be told. Though the outcome of the court case hangs over the last reel like a dark cloud, the true, national impact of this victory and the potentially dire consequences of a defeat are barely whispered.

The approach does give the film a lovely intimacy, though. And it reminds us that progress, though hard-won and often ugly in its pursuit, can be won.