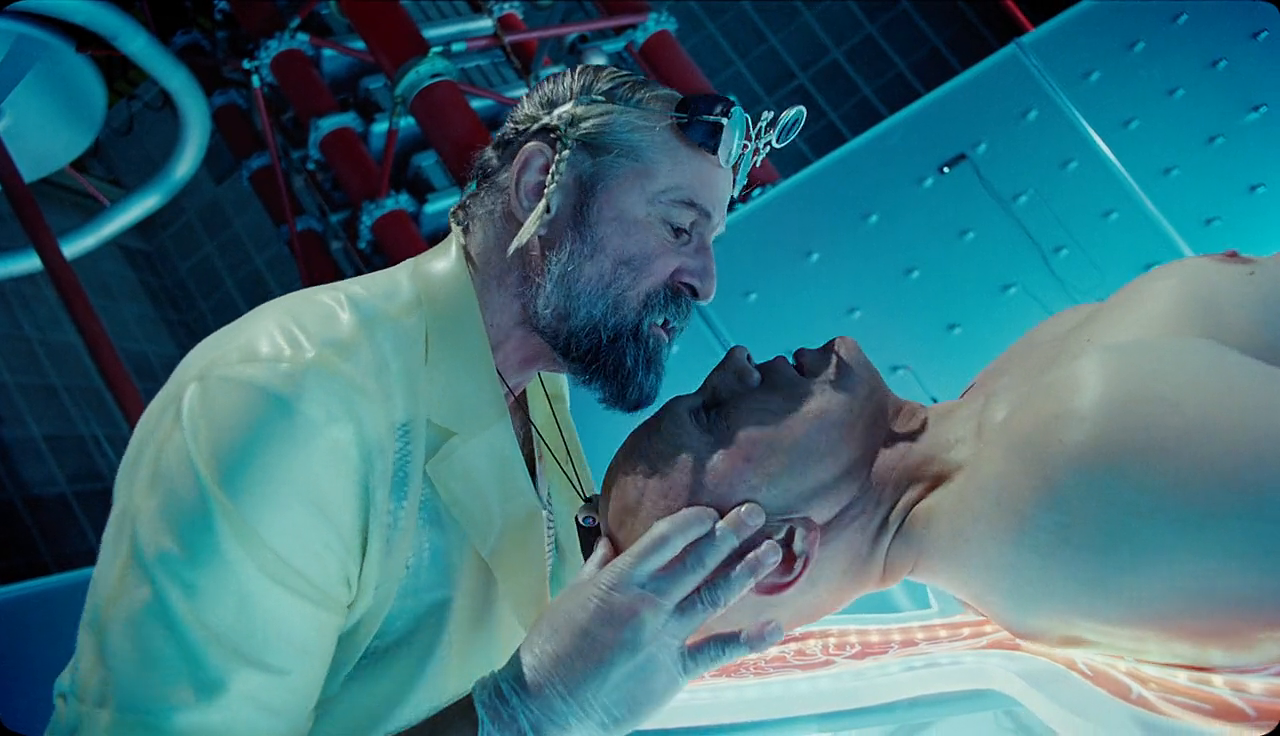 Director Terry Gilliam questions the meaning of life in The Zero Theorem, but instead of exploring the idea via Monty Python antics, Gilliam approaches the topic in a more Brazil-like satire.

Imagine Times Square having a three-way with CNN’s scrolling text and Facebook ads– a colorful chaos of noise, both aural and visual.

This is the world inhabited by Qohen Leth (Christoph Waltz), a monkish data cruncher who speaks in the royal we. Qohen longs to escape the life of a cubical drone and work from home. He doesn’t want to miss a call-back. Years ago, someone cold called him dangling his personal reason for being. But Qohen dropped the receiver and the line disconnected.

Management, embodied by Matt Damon, grants his request, putting him on a notorious burnout project, the Zero Theorem, its goal to prove that everything adds up to nothing. If Qohen’s project succeeds, Management will help him get his call.

Zero Theorem is an often beautiful, somewhat heavy-handed film that explores the extremes of hedonism and asceticism, the consequences of living among scads of information and the distractions of virtual reality. Studded with allegory and stuffed with zany Gilliam details that can only be fully explored in subsequent viewings (including a delightful ad for the Church of Batman the Redeemer), it derails a bit in the last act, but fans of Gilliam’s dystopian flicks will find much to enjoy.

One thought on “What Is the Meaning of Life?”