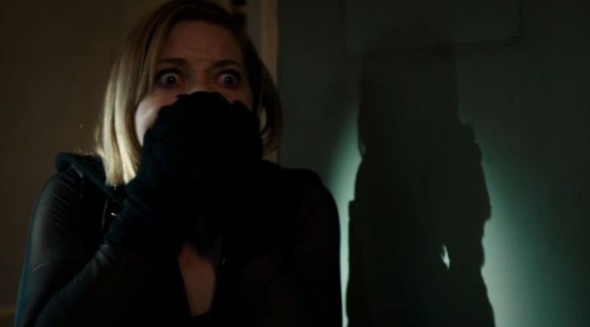 Filmmaker Fede Alvarez announced his presence on the horror film scene with authority. His 2013 Evil Dead reboot was not only critically and commercially successful, it was also the bloodiest movie ever made. Nice.

For his sophomore effort Don’t Breathe, the director dials down the blood and gore in favor of almost unbearable tension generated through masterful deployment of set design, sound design, cinematography and one sparse but effective premise.

The depleted urban landscape makes for an eerie reminder of the state of the once proud Motor City, but it’s also the perfect locale for a B&E – there are no neighbors left to call 911.

This is a scrappy film that gives you very little in the way of character development, backstory or scope. Instead, Alvarez focuses so intently on what’s in front of you that you cannot escape – a tension particularly well suited to this claustrophobic nightmare.

A masterwork in efficiency, Don’t Breathe wastes barely a frame. So few elements are telegraphed that the rare overplaying of a hand – a camera holds too long on a mallet or lingers on a framed photo sitting upside down on a mantle – feels like a real disappointment.

Rodo Sayagues’s taut screenplay wastes little time, relying instead on Pedro Luque’s panicked camera to convey as much as we need to know about the predicament these three friends have gotten us all into.

The always effective Lang cuts an impressive figure as the blind veteran with mad skills and crazy secrets. Wisely, Alvarez sidesteps easy categories. Though you may think you recognize each character as they first appear, no one is as easy to pigeonhole as you may think.

As he does with so much of the rest of the film, Alvarez makes excellent use of what little we know about the characters to keep us anxious.

But that’s not all – there are surprises enough to confound and amaze. You may think you have the old man’s secret figured out, but so do our hapless felons. Things get a little nuts as the tale rolls on, but thanks to the film’s breakneck pace and relentless tension, you’ll barely have time to breathe, let alone think.