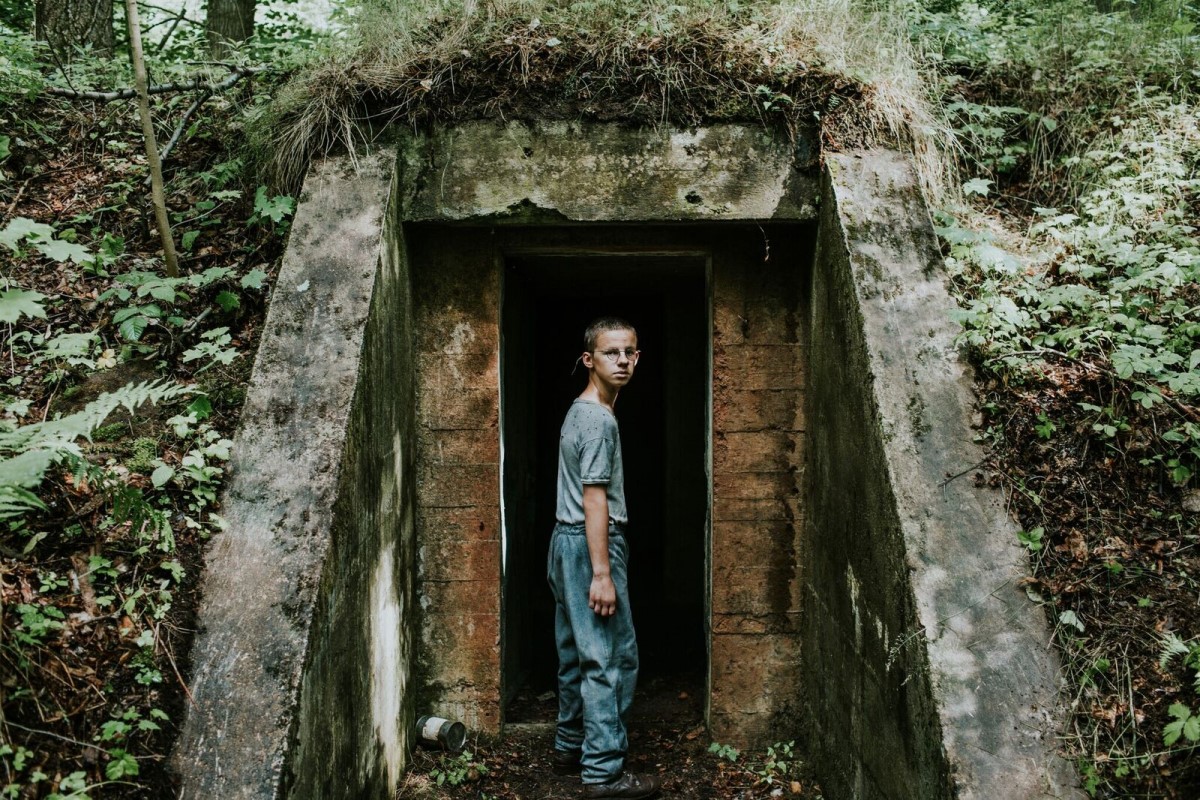 His film follows a handful of orphans of the Nazi occupation. Eight children liberated from a concentration camp are dropped off at a makeshift orphanage—really a deserted mansion, long bereft of food, no running water, no electricity. The possibility of aid comes by way of rare visits from Russian guards who may or may not bring rations, may or may not bring their own danger.

Still, little by little the children begin to shake off the horrors of the camp. They explore the woods around them, find berries, even play. But Nazi danger is everywhere—maybe in the bunkers dug deep into the surrounding mountains. Definitely in the woods.

Lurking figures and echoing growls haunt the film from the children’s first steps outside the ruined mansion. Then there’s a body, then more bodies. When Panek reveals the source of the terror, Werewolf could easily turn to pulpy horror. It does not.

At times the film conjures the same magic and dread of Monos, but Panek may see more resilience than Lord of the Flies in children. The filmmaker shows restraint and a forgiving nature when it comes to the barbarity of childhood. He reveals strong instincts with his young cast, understating sentiment and avoiding either the maudlin or the saccharine.

Werewolf is beautifully shot, inside the crumbling castle, out in the woods, even in the early, jarring nonchalance of the concentration camp’s brutality. Panek hints at supernatural elements afoot, but the magic in his film is less metaphorical than that.

The film is creepy and tense. It speaks of the unspeakable – the level of evil that can only really be understood through images of Nazi horror—but it sees a path back to something unspoiled.