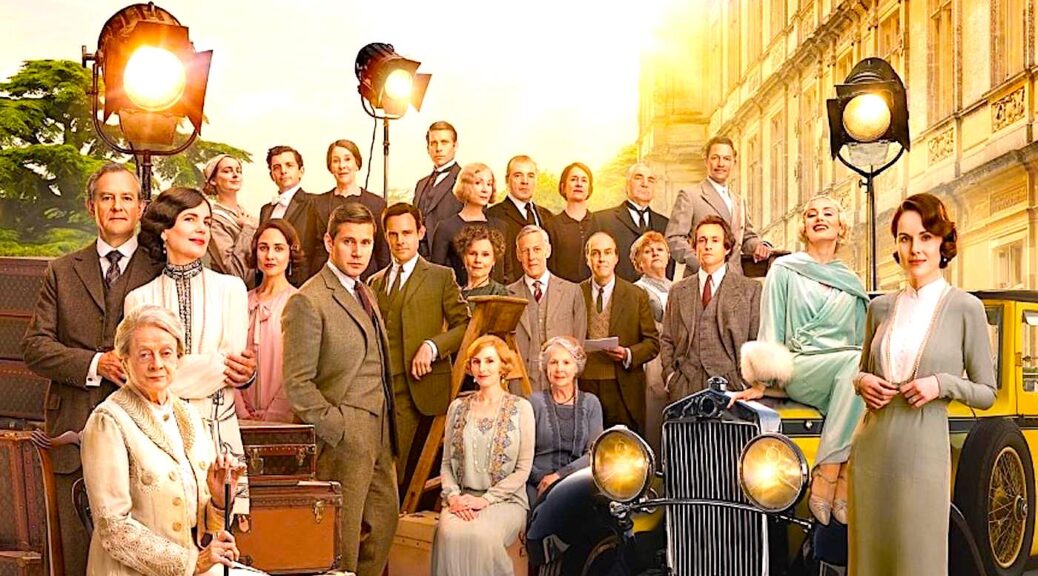 The Crawleys exit the roaring 20s a bit cash-strapped (can’t fix the roof but can holiday en masse, butlers in tow). Fans of the long-running series, now unleashing its second feature film, can rest easy. Heads held high, the family is ready to face a new decade with new leadership and the same old posh spirit.

Elegant escapism of the breeziest order, Downton Abbey: A New Era follows the idle rich through the travails of trying to remain both idle and rich. Now about that attic.

It seems a film producer hopes to shoot a movie in Downton. Lord Grantham (Hugh Bonneville) wants no part of it, but Lady Mary (Michelle Dockery) is running the show now. She hates to seem common, but the fee will fix those leaks.

Of course, the servants are thrilled to have real-life movie stars in the building. All except Mr. Carson (Jim Carter), who can’t bear to see the family stoop so low. Why, the Queen of England sat right at that table!

Meanwhile, Lady Grantham (Maggie Smith, scene-stealing, as is her way) is surprised to have inherited a French villa from a man she knew many wistful years ago. Mysterious? Or is it scandalous?!

So, off half the family goes to investigate, leaving Lady Mary and the servants to contend with the handsome director (Hugh Dancy), charming actor (Dominic West) and dour actress (Laura Haddock).

The old gang has fun stretching their familiar characters a bit for the big screen, although director Simon Curtis (My Week with Marilyn) has a tough time staging the interior conversations as anything more than expensive TV set pieces.

Still, the expansive grounds are gorgeous and Nice is gorgeous, and it can be restful to spend a full two hours where the stakes are no higher than whether or not the world will remember granny as a tramp.

Downton Abbey is a really well-dressed, well-acted, well-produced, uptight soap opera. Droll dialog, stunning locales and exquisite costuming elevate each scene to something more than a guilty pleasure, but the film’s sites never veer from its target audience.

One thought on “Upstairs, Downstairs”