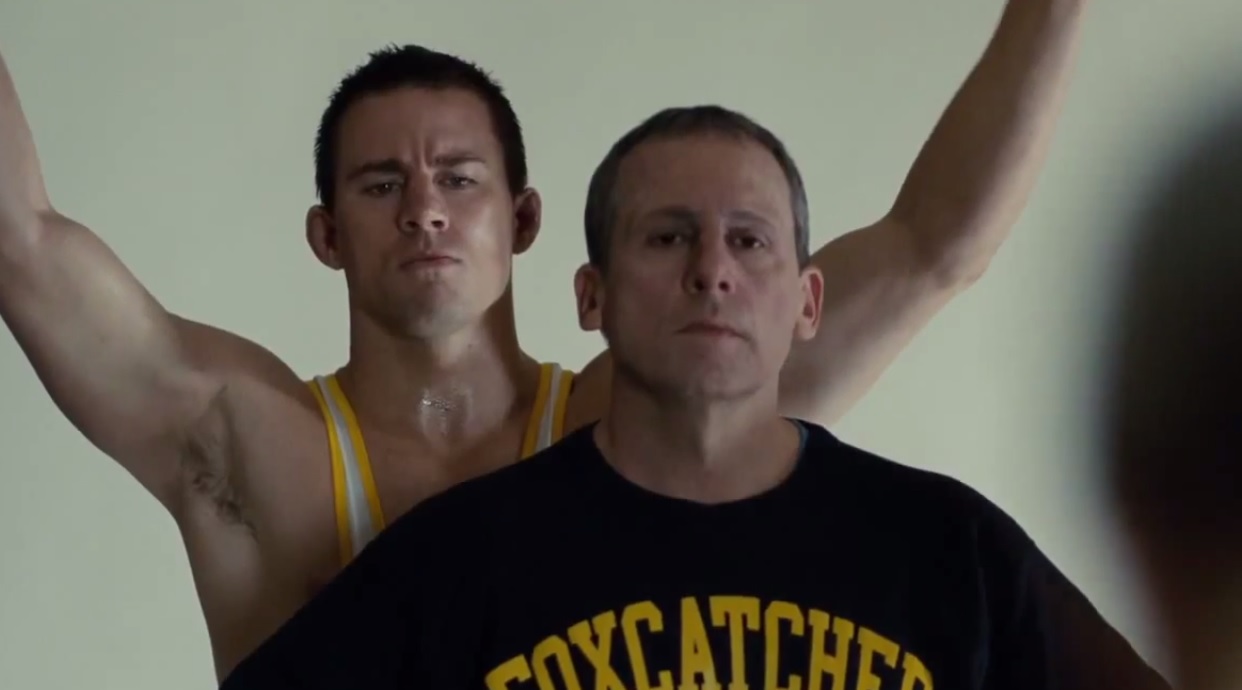 Tatum performs as we have simply never seen him before, a fact that may be outshone by the other two quite amazing performances. Tatum has proven himself a facile comic talent, but his dramatic skills to this point have been lackluster at best.Yet here he brings a brooding, insecure competitor to life in every facet of his performance.

The always excellent Ruffalo is likewise stellar as the more congenial, more talented of the brothers, and the two together create a realistic sibling bond, one as desperate for the other’s approval and help as he is to finally best him; the other a tender, protective mentor.

Joining them, Steve Carell is revelatory as John du Pont. Never transparent, offering no easy answers, equal parts monstrous and pathetic, Carell creates an enigmatic and unseemly presence that haunts the screen. His graceless chemistry with all cast mates creates an uneasy tension in every frame, though his scene with a marvelous Vanessa Redgrave is particularly intriguing.

One thing you can expect from a Bennett Miller film is his meticulous attention to the setting. Miller creates such rich yet understated contexts that the drama unfolding within that environment cannot help but feel authentic. Whether it’s small town 1959 Kansas rocked by murders in Capote or Billy Bean’s world of low rent MLB wheeling and dealing in Moneyball, Bennett shows such respect for the settings of these true tales that the stories immediately take root.

Foxcatcher benefits from his measured touch – from the spare score and the film’s unusual pacing to the embedded, inescapable symbolism he mines of the relationships and the sport of wrestling. It all contributes to a building sense of unease that befits the tale.

Miller may go unnoticed as the maestro behind the weird onscreen magic, but his faith in unproven talent alone is reason to hail him one remarkable director.