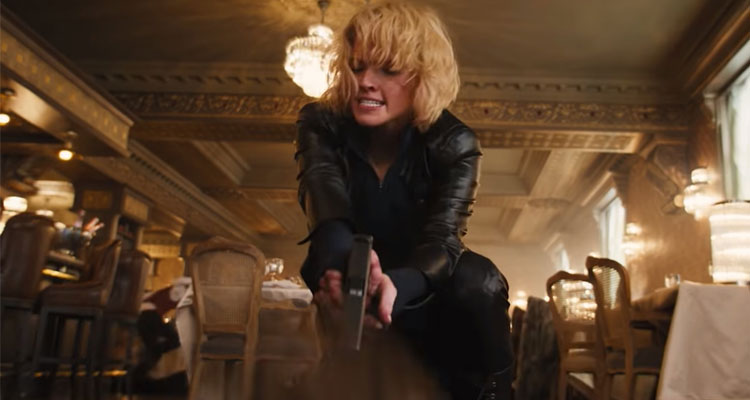 After films such as La Femme Nikita and Lucy, writer/director Luc Besson is no stranger to the “beautiful killing machine” genre, but it seems the sexual treachery of Red Sparrow and the ass-kickery of Atomic Blonde have inspired him to get back in that familiar saddle.

His Anna is built on the same sexy Russian assassin blueprint, then adds layers of confusing time shifts, obvious fake outs, and misguided feminist ambitions, all wrapped in a constantly leering camera gaze.

Anna (Sasha Luss, back with Besson after Valerian and the City of a Thousand Planets) is plucked from Russian poverty by agent Alex (Luke Evans) and groomed for the spy game by the humorless Olga (Helen Mirren).

Anna’s cover is her job as a high fashion model, and guess what is this season’s hottest accessory?

Check that, it really is, next to the roommate (Lera Abova) whose only purpose is to ask Anna for girl on girl action, and the CIA agent (Cillian Murphy) whose code name must be Dog in Heat.

And yet through all the bad writing and contrivance, Anna’s true ambition never wavers. She asks only for a freedom she has never known, freedom from a world that only uses and objectifies her at every turn.

And then pot and kettle lived happily ever after.