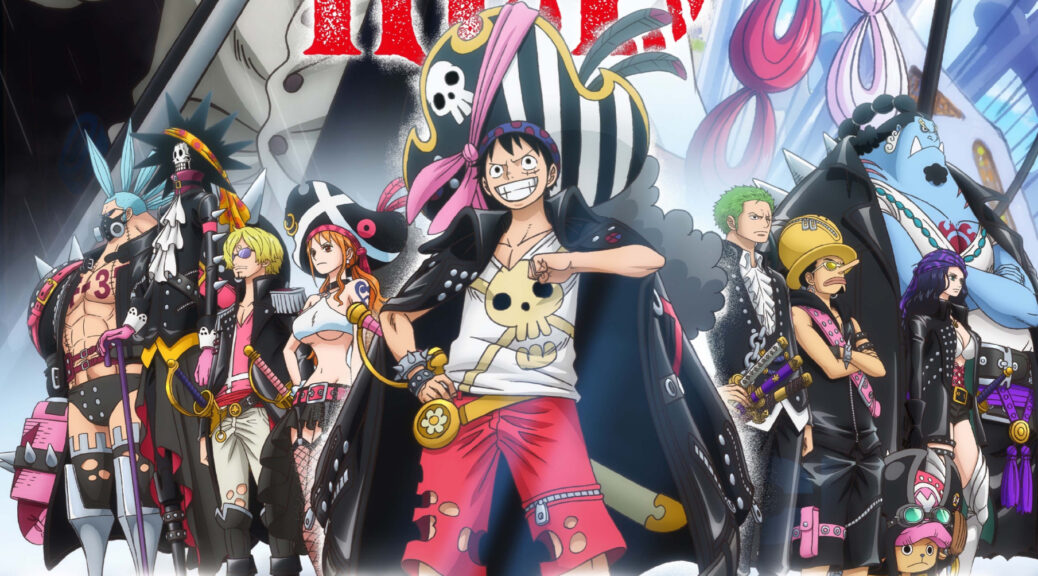 What if Taylor Swift lured everyone to a huge music festival, promising to save the world with her new songs, literally through the power of music, Bill & Ted-style? Would you believe her? Would you go?

(Psst…you should say no.)

One Piece Film: Red is the fifteenth film in the One Piece franchise, which has also spanned 20 seasons of television and multiple other forms of media. It posits a world where magic exists, roving bands of superpowered pirates sail the oceans and seas, and a one-world government wields a powerful navy set on destroying them. So you can see why one might want all of the fighting to end. Enter Uta, a talent & supernaturally-gifted singer. She has a plan to save the people of the world and give birth to a new era of carefree fun. The problem is that everyone has to die first! That’s a mighty big ask.

This might be the fifteenth film in this series, but it functions pretty well as a standalone story. Viewers with a greater familiarity with the franchise might gain a deeper appreciation for what unfolds within, but the filmmakers have been careful to make everything (and everyone) make sense for novices. If you are willing to roll with a universe filled with superhero pirates, a music demon, merfolk, a talking skeleton with a sword cane, snails that double as radios, a rock & roll band staffed with manimals, portals, alternate worlds, and magic that can manifest just about anything, then you’re in for a pretty wild time.

The animation is top-notch and is full of striking imagery from start to finish. If you happen to be a fan of musicals, you’re in luck, as there are over a dozen tunes laced throughout its 2 hour running time. If there’s any real negative here, it’s that – at 40 minutes – the final battle goes on a bit too long. This is undoubtedly done to make sure that the huge cast of characters all get standout moments, but it’s a bit too overindulgent and causes the film to drag during its third act.

One Piece Film: Red isn’t the most original anime feature out there, but its delightfully chaotic world and wacky pop-rock opera apocalypse storytelling elements make for a fun ride. If you’re inclined to love this corner of cinema, you’ll have a good time with it.