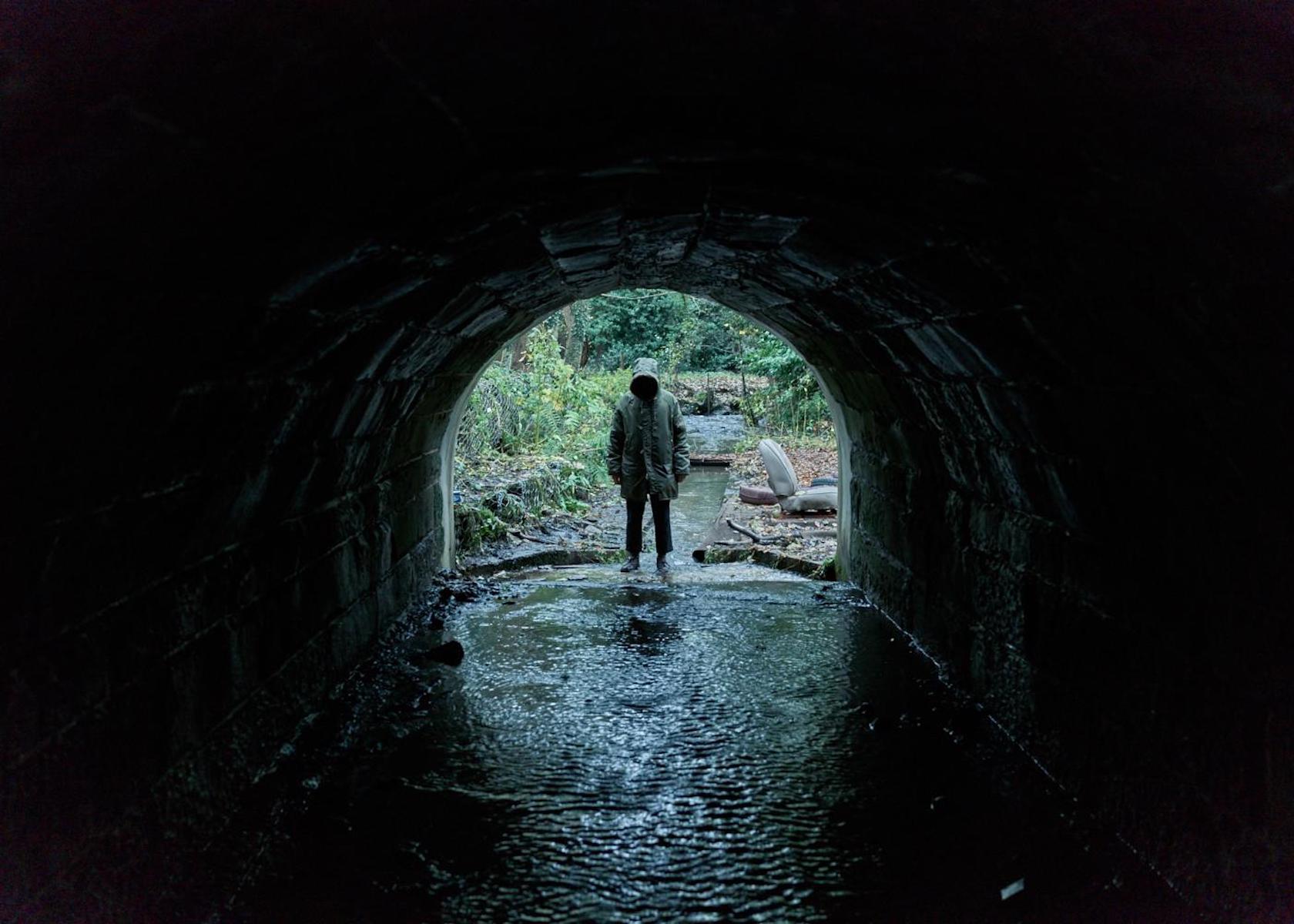 Billed as a return to the old-school British horror anthology, Ghost Stories takes us through three paranormal cases passed from the chief investigator to a colleague he’s hoping can prove them false.

Ghost Stories is based on a popular stage play written by the film’s own co-writers and co-directors, Andy Nyman and Jeremy Dyson. Nyman also stars as Professor Goodman, the paranormalist who agrees to look into the trio of cases that muddled his hero and mentor.

The movie invests far more in this set up than expected, developing a fascinating connecting tale rather than a simple framing device that holds together a handful of otherwise disconnected shorts. Instead, we get a deeper story, one that influences and is influenced by the shorts in ways more organic than the run-of-the-mill anthology.

And though the three individual shorts contain nothing extraordinary in the way of scares, each offers a richly developed world full of detail and shadow. Every short has its own personality and style, although they all contain puzzle pieces that provide a coherence to the overall story, little items that range from the peculiar to the outright spooky.

A great deal of the success lies in the wonderfully human portrayal delivered by Nyman, who conveys humility, pomposity, self-righteousness, pity and terror in turns without ever hitting a false note. Other solid performances pepper the film. Martin Freeman is particularly engaging. Paul Whitehouse and Alex Lawther also bring uniquely high-strung characters to life.

As scares go, the first short packs the biggest wallop. A night guard at a dilapidated old asylum for women sees and hears strange things, leading to horror.

If that sounds like well-worn territory, that’s because it is. In fact, the three short films themselves don’t deliver much in the way of new scares, but that isn’t Nyman and Dyson’s intention. The terror here is far less paranormal than existential, and clever clues combine with crisp writing to create a full picture that’s more satisfying than it should probably be.