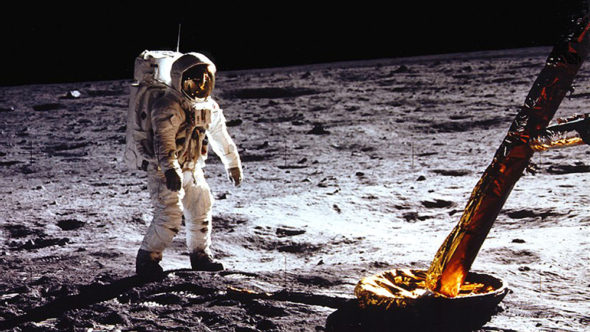 A majestic and inspirational marriage of the historic and the cutting edge, Apollo 11 is a monumental achievement, one full of startling immediacy and stirring heroics.

The restored footage is so crisp and detailed (even more so in the IMAX version) that shots of a young Johnny Carson among the launch spectators stand as a bracing reminder this is not the latest big budget Hollywood production.

And still, Apollo 11 stands even taller for its own humble nature. Even in this grand scale, the film never feels like it is trying to deliver a final word, in fact just the opposite.

It is a salute to the thirst for knowledge and discovery with an invitation, on the near 50th anniversary of the iconic voyage, to reconsider the achievement.