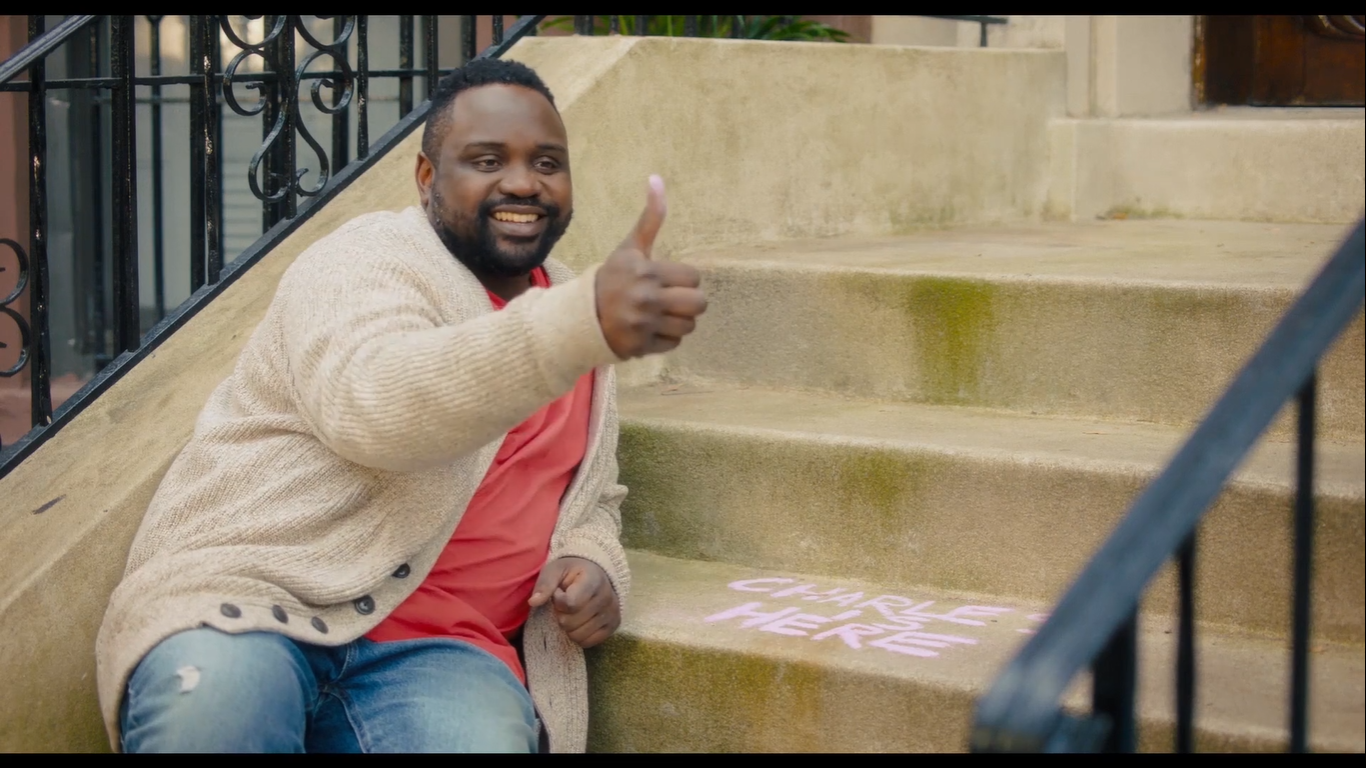 Even the title The Outside Story sounds like a children’s book. It’s a vibe writer/director Casimir Nozkowski conjures intentionally. His film is about a man who really never leaves his Brooklyn apartment because, why bother?

That man, Charles, is portrayed with real tenderness and charm by Brian Tyree Henry. An actor of absolutely stunning range, Henry has delivered stellar supporting turns as every type of character in every genre of film over the last few years (Widows, If Beal Street Could Talk, Godzilla v Kong and about a dozen more). The dude works a lot, and he has yet to hit a false note. It’s high time he leads a movie.

The film Nozkowski builds around him feels like Sesame Street for adults. Once Charles finds himself locked out of his apartment, he (and we) gets to learn Who are the people in his neighborhood?

There’s an angry traffic cop (Sunita Mani, Save Yourselves!), brats with water balloons, an incredibly pregnant woman having a stoop sale, a young girl (Olivia Edward) with a problematic mother and so many more.

Nozkowski creates a series of harmless, even sweet mini-adventures for Charles to fall into, each one helping him recognize that maybe he’s closed himself off a bit too much.

For the most part, that cheery disposition really aids in the film, and Henry’s wildly compassionate performance is the soft gooey center inside Nozkowski’s brightly colored candy shell.

The Outside Story nearly derails in a late-act scene during which local police mistake Charles for a stocking-footed burglar who’s been breaking into apartments in the neighborhood. Played for good-natured laughs, the scene feels instantly and uncomfortably tone-deaf.

There are other storyline missteps, as well, but The Outside Story is so refreshingly uncynical, so huggable, and often so funny that those misses are easily forgiven. It’s very rare that you see a film this dissimilar to anything else in recent memory.

I may have to think as far back as the last time I watched Sesame Street.