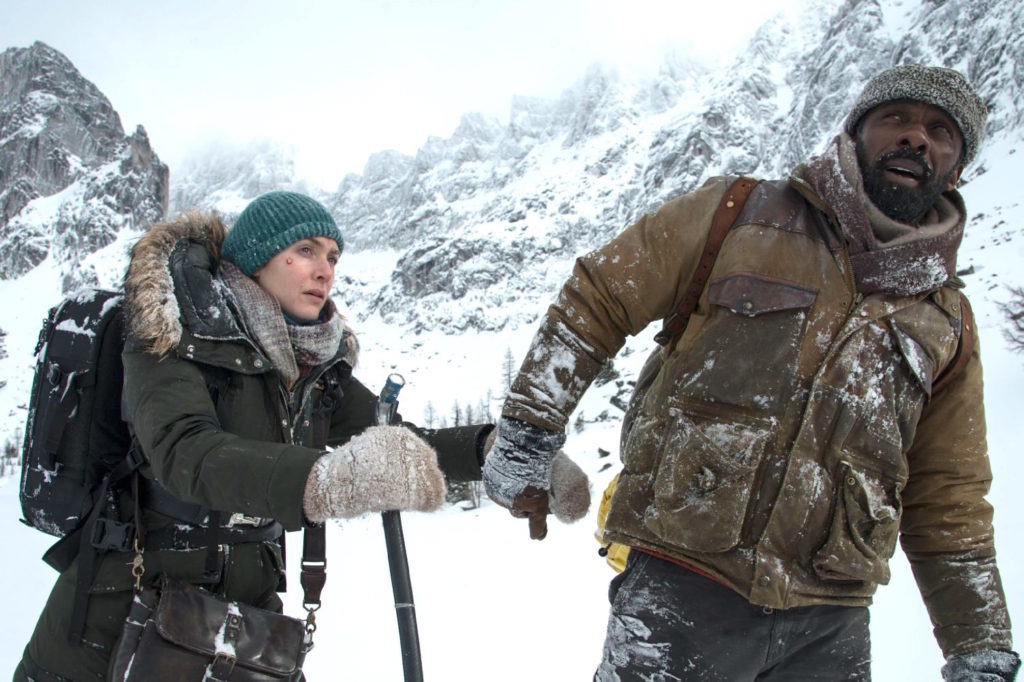 The Mountain Between Us

The Mountain Between Us is the type of film that wants to reach us by watching two wary characters slowly reach each other. Through talented actors, it wants to speak softly but cut deep.

Kate Winslet is Alex, who’s getting married tomorrow in Denver. Idris Elba is Ben, a neurosurgeon who’s also headed to Denver to perform delicate surgery on a ten-year-old. Problem is, they’re both in Idaho and all the flights are canceled due to weather.

They team up to charter a private plane from Walter (Beau Bridges), a local pilot with a lovable pooch, but when he suffers a stroke not long after takeoff, two strangers and a dog are left alone in the snow-covered mountains.

Screenwriters J. Miles Goodloe and Chris Weitz adapt Charles Martin’s novel with enough contrivance and melodrama to render Goodloe’s credit on a Nicholas Sparks film (The Best of Me) anything but surprising.

Director Hany Abu- Assad (Omar) serves up some majestic scenery and a nifty crash sequence, but settles for Sparks meets Castaway. Somehow, Winslet and Elba get us invested throughout the convenient, telegraphed plot turns. It is their seasoned talent and effortless likeability that ultimately saves the film from becoming a complete eye-rolling travesty.

3 thoughts on “Strangers on a Plane”