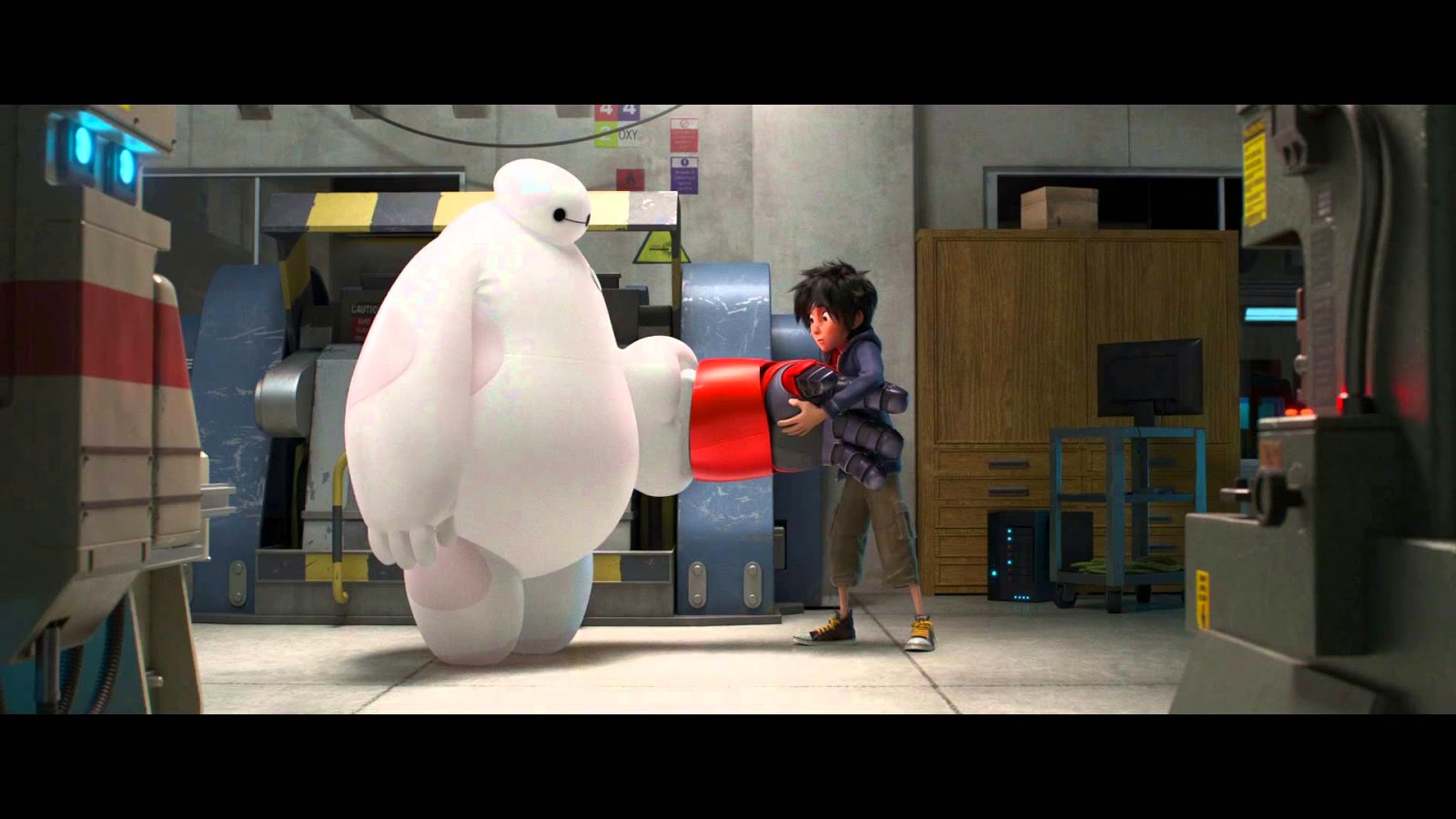 A couple guys involved in some of the more average animated films of the last few years are at the helm for Big Hero 6 and the result is about what you’d expect.

Co-directors Don Hall (who also helped with the story) and Chris Williams have resumes full of movie credits such as Bolt, The Emperor’s New Groove, Home on the Range and Brother Bear. Their new film, though, borrows heavily from a few more well-known animated projects to tell the story of a boy and his ‘bot.

14 year-old Hiro (voiced by Ryan Potter) is a robotics wunderkind, and his creations enjoy surprising success at local “‘bot fighting” competitions. His older brother Tadashi is no engineering slouch either, and Hiro soon learns all about his bro’s longtime project:  Baymax.

Baymax (Scott Adsit) is a large, Michelin-meets-Marshmellow-Man that serves as a personal healthcare unit. It senses when you are in distress, and will not stand down until you tell it you are “satisfied with your care.”

And it isn’t long before Hiro is in distress, as he, Baymax and other young geniuses are on a mission to find out just who has stolen Hiro’s new invention, and is putting that technology to nefarious use.

Based on a somewhat obscure comic, Big Hero 6 is a perfectly fine adventure, but assembled from the spare parts of How to Train Your Dragon and The Incredibles, with a big dose of The Iron Giant as the film winds down. Will the youngsters care? I doubt it. The emphasis on computing alone will probably keep them engaged, if not exactly enthralled, and it gives the smaller ones their own group of avengers to root for.

Be sure to be in your seat early enough to catch Feast, a charming short film opener about a puppy and his changing attitude toward mealtime.

Big Hero 6 is often amusing but never outright funny, and a bit lacking on originality and real excitement. Parents will approve of the film’s tender nods to compassion and humanity, but may not be quite ready to greet the “get ready for the sequels” ending with a hearty round of applause.