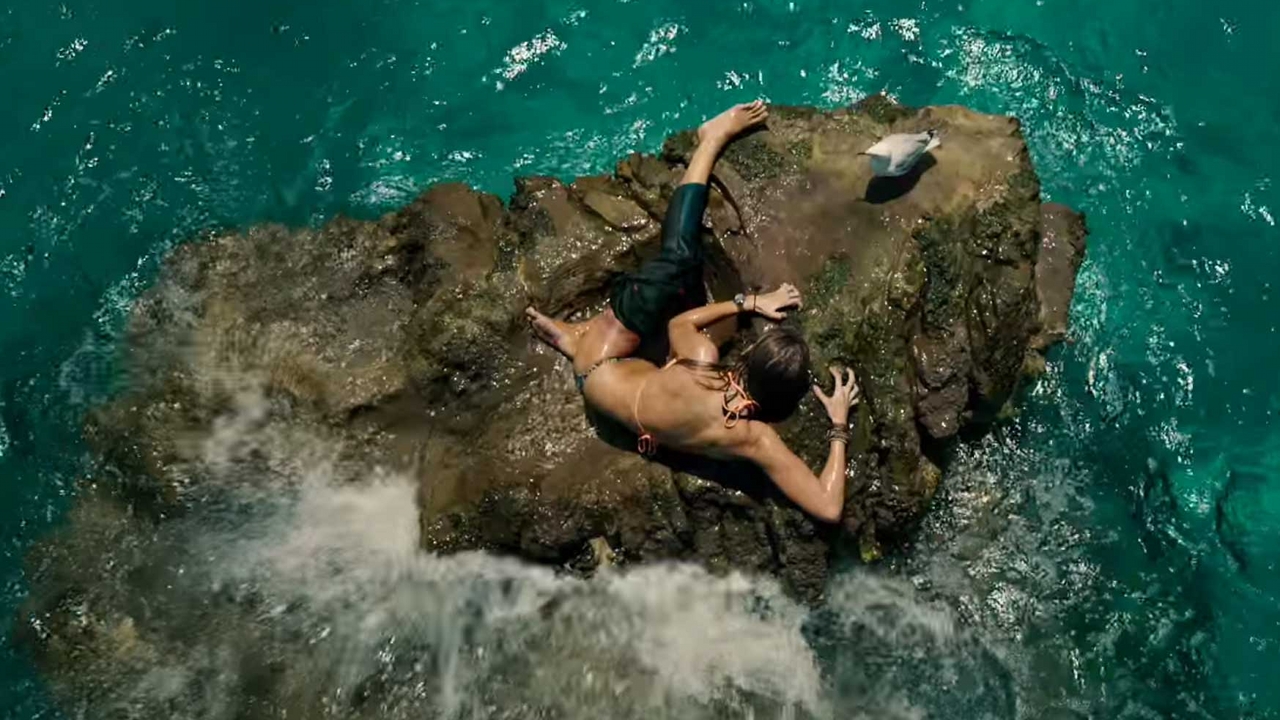 Is The Shallows – Blake Lively’s new flick about a surfer trying to survive a shark attack – simply a girl power exercise wrapped in a sandy bikini?

Still, it gets as much right as it does wrong.

Lively plays Nancy, a med student alone on a secluded, secret beach in Mexico. She’s here to be alone, to mourn, to surf. As the local drops her off on the beach and refuses her offer of cash, he asks how she plans to get back to town.

There’s a great deal of convenient idiocy in this screenplay, but director Jaume Collet-Serra – who is no comrade of subtlety – actually handles most of these items deftly. After a few middling horror efforts, Collet-Serra made his name with a string of Liam Neeson films, so he knows a little something about a solitary figure fighting deadly odds.

Lively does a fine job in what is essentially a one-surfer-show. Nancy is smart. Not smart enough to avoid surfing alone in an isolated area of a foreign land, but a different kind of smart. MacGyver smart. And it’s with a balance of delicacy and grit that she just about makes you believe the ludicrous.

The Shallows is gorgeously filmed – and not just Lively. Yes, the camera hugs her form more closely than a wet suit, but Collet-Serra treats the surf, sky and sand with as much ardor. A generous reviewer might even say he’s creating a parallel – something about breathtaking beauty that belies serious ferocity. I am not generous enough to buy that theory, but I am generous enough to throw it out there.

For stretches, The Shallows will have you believing you’re watching a tense, thoughtful survival drama. Eventually the shark becomes a vengeful-mythical-beast-warrior-machine-monster, and any hint of credibility is lost at sea. This is the age of Sharknado – maybe Collet-Serra didn’t think he could keep his audience’s attention until the shark tried to scale something with his teeth?

Whatever the case, it’s a wild mashup of efforts: equal parts empowerment and ogling, survival thriller and Sharkasaurus Rex.