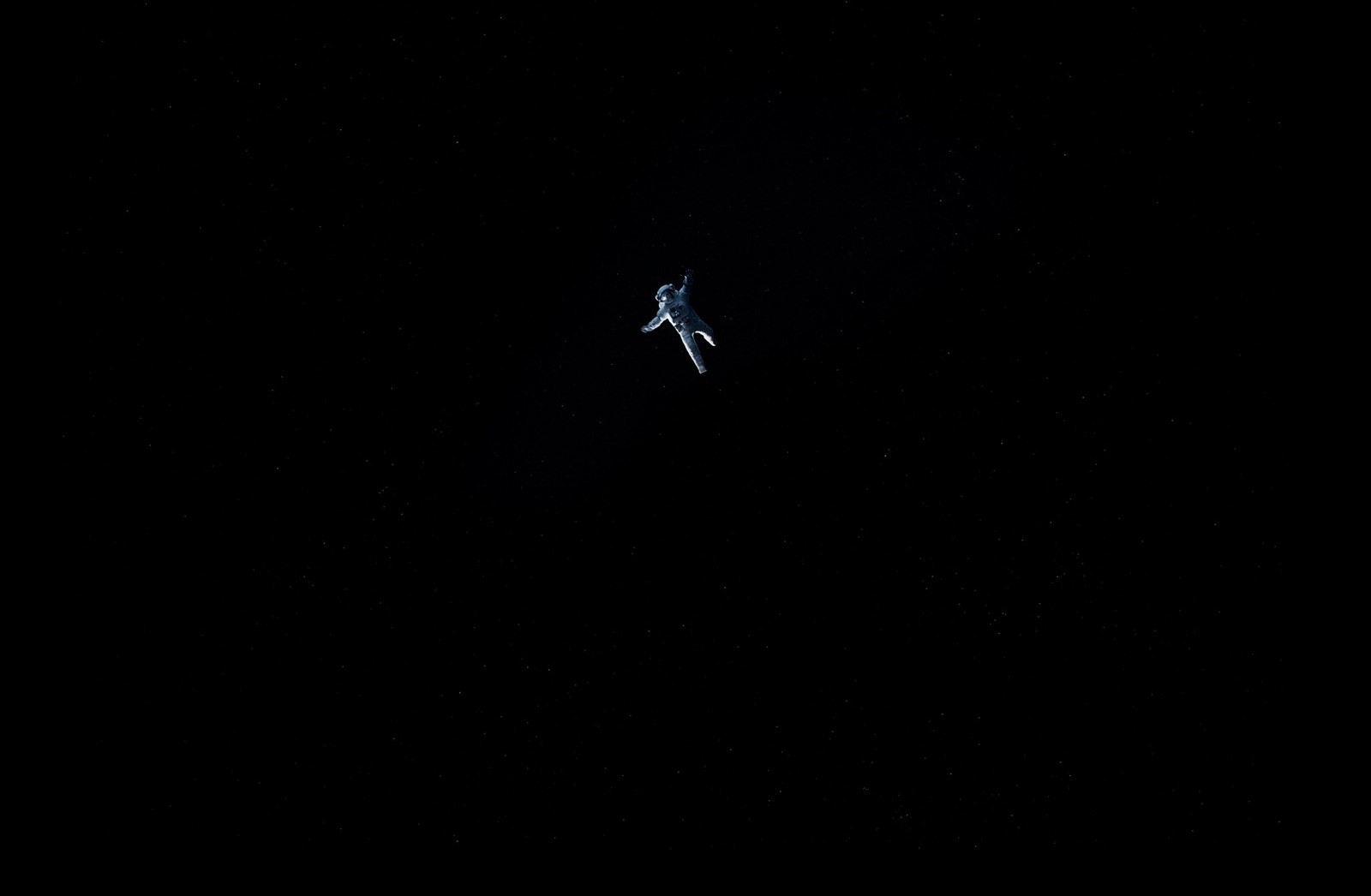 The wondrous galactic epic Gravity delivers an unmatched cinematic achievement. Co-writer/director Alfonso Cuarón sets you adrift in space, and for 90 minutes he leaves you breathless at the glory of the universe, and wrung out at the drama of attempted survival.

To create this magnificent beast, Cuarón created tools and technology that simply did not exist prior to this film. He created what he needed to authentically craft the sense of zero gravity, utter silence, cosmic lighting – all in 3D, no less.

When it comes to the vehicle for all this gadgetry, Cuarón, along with co-writer and son Jonás, seems to understand that simplicity is his friend. He refuses to complicate the tale, and the paired down narrative allows the primal terror and exhilaration of the space adventure to take hold.

Cuarón’s camera takes us to the outer reaches, and then crawls inside the space suit, allowing us to hurl unmoored through space along with Sandra Bullock’s novice astronaut. She is a medical researcher on her first space voyage, and she is in over her head, unprepared for all that she will experience. Just like us.

A playful George Clooney tags along for camaraderie, helping Cuarón create a joyous calm before the crisis. They’re astronauts. Look how cool that is! No wonder they risk almost unimaginable peril to do it.

Though the narrative makes a misstep here and there with emotional trickery and melodrama, what errors Cuarón makes with words he more than compensates for with the overwhelming visual experience.

The action will wring you out as you curse the clumsy suits, rail against the unpredictability of gravity, strain with heroes desperate to rush in a silent calm that will not allow it. Gravity doesn’t just deliver a magnificent view of space; it also offers perhaps the most breathlessly exciting action adventure of the year.

Visually glorious does not begin to describe Cuarón’s film. More than that, Gravity is realistic – jaw droppingly so. And this is why people began making movies in the first place – to transport you someplace magical, someplace otherworldly. Few if any have succeeded in this quest quite as Cuarón has with Gravity.

One thought on “SciFi of Significance”