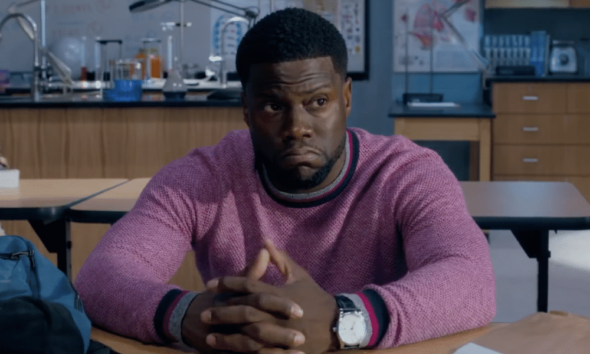 The endlessly likeable Kevin Hart and the undeniably talented Tiffany Haddish join forces, which sounds like a solid plan except that Night School is a Kevin Hart movie, and when was the last time one of those was any good?

Sure, Jumanji had some laughs. In fact, Hart’s films almost always boast a few chuckles, mainly because of the actor’s infectious energy and self-deprecating humor. But they’re not good.

Neither is Night School which, even with Haddish and a handful of other proven comic talents, isn’t funny, either.

Hart plays Ted, a good-hearted hustler, talking big and spending bigger, pretending to be more than he is to compensate for his own insecurities. Of course he is, it’s a Kevin Hart movie.

Haddish is Carol, the overworked, underpaid night school teacher here to believe in Ted and the collection of losers in her class. It’s tough love, though, because Haddish is funnier when she’s mean.

What the film does well could have been packaged into an enjoyable 15-minute short. Hart gets off a few laughs working for a Christian fast food chicken joint, and the camaraderie among his late blooming classmates sometimes draws a giggle.

But there’s only so much they can do. Director Malcolm D. Lee (Girls Trip) drags every gag out about 8 minutes longer than necessary. The script, penned by Hart and five other writers, does Lee no favors. Even Haddish struggles to be funny with flat dialog and pointless, contrived physical comedy bits.

While you’re not laughing you might notice that Night School does make a few surprising choices. Its comedy is good hearted. This is a film that likes all its characters—the females, the losers, those with success and even the parents whose coddling and/or verbal abuse may or may not be to blame for the whole night school problem.

Those are small successes in a film that squanders a lot of talent and all of our time.

← Mythbuster
Hellhound on My Trail →
Scroll Up