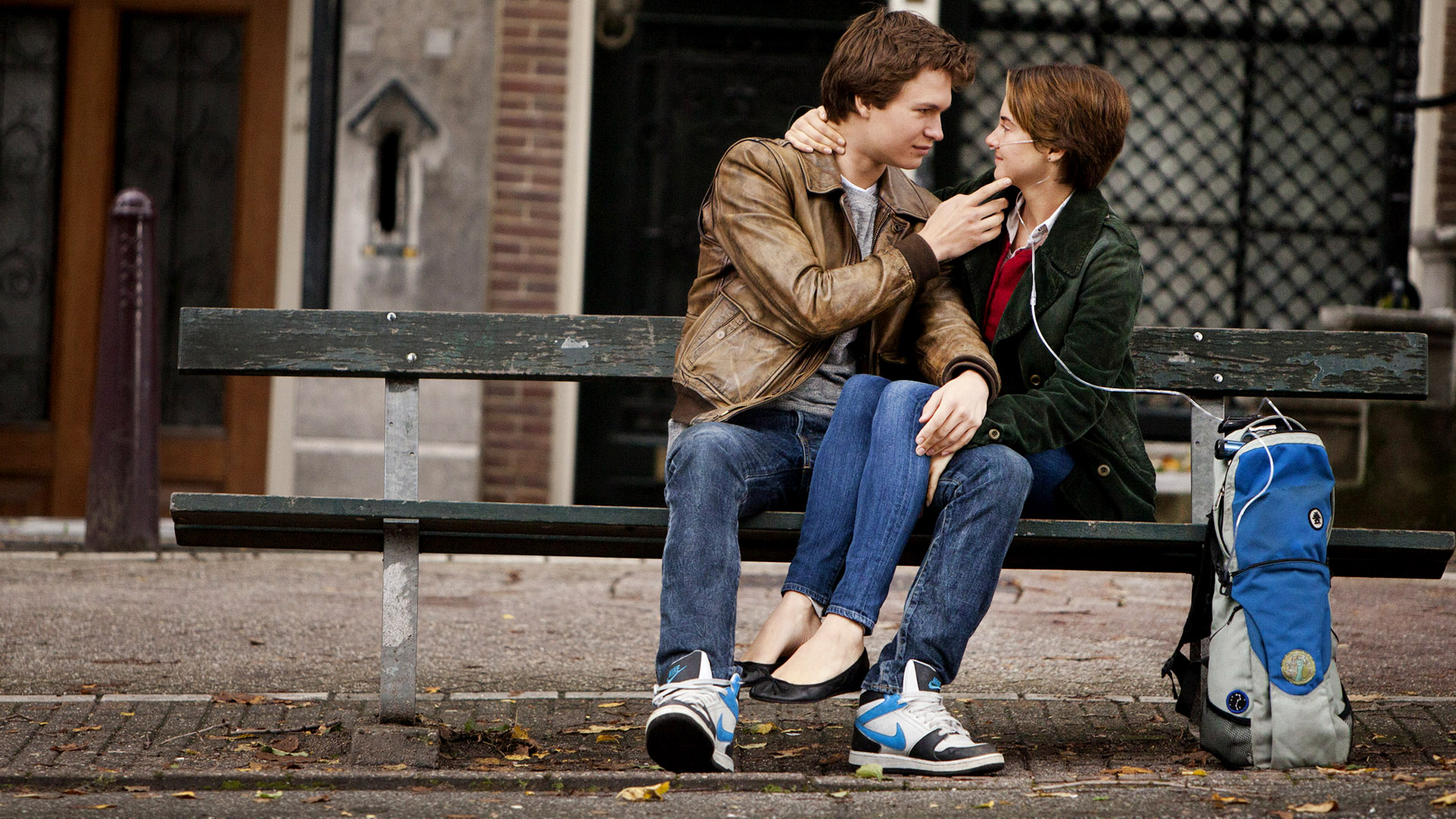 The Fault in Our Stars

With Don Jon last year, Joseph Gordon-Levitt wondered if maybe, idealized romance fantasies can be as harmful to actual relationships as pornography.

The Fault in Our Stars is just the latest example to make his point.

Based on the best seller by John Green, it centers on an ordinary teenage girl (who of course narrates, to reinforce the feeling for the teenage girls watching that it’s their story, too). But she’s not really ordinary, she’s just waiting for that dreamy boy to come into her life and instantly see the special snowflake that she truly is, forsaking everything in his own life to make sure she feels special every special second of every special day.

Shailene Woodley stars as Hazel, a young cancer patient who dreads her support group, but goes just to make her parents happy. Then, one day, Augustus Waters (Ansel Elgort) comes to group, takes one look at Hazel and is instantly infatuated.

So, this time, the young lovers have to deal with cancer, adding an extra layer of manipulation opportunity to be explored.

Early on, Hazel expresses disdain for those unrealistic stories where “nothing is too messed up that can’t be fixed with a Peter Gabriel song.” Then, guess what? Some of those songs on the soundtrack are nothing more than bad Peter Gabriel rip-offs.

Woodley is a gifted actress, and does manage to bring some depth to Hazel, who admittedly is the most well-rounded character in the script. Augustus is a one-dimensional mess, and Elgort (“Tommy” in the recent Carrie remake) can do little more than cast adoring glances and mug for the camera. But really, that’s what he’s there for, anyway.

Movies like this (and The Perks of Being a Wallflower, and The Spectacular Now, and…) want you to believe their characters are unconventional and their message is insightful, when the exact opposite is true.

The Fault in Our Stars is the same old bill of goods.