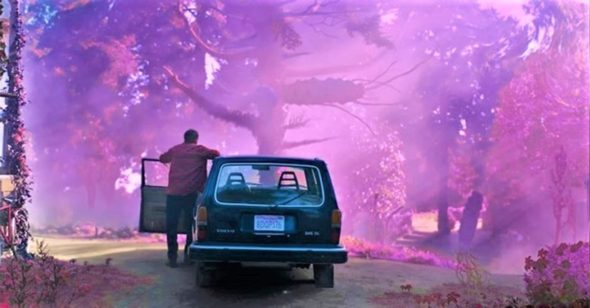 Color Out of Space

HP Lovecraft has influenced horror cinema in ways too varied and numerous to really articulate. But true Lovecraft is tough to bring to the screen for a number of reasons, chief among them that his madness tends to involve something indescribable: a color no one’s ever seen before, a sound entirely new to the human ear, a shape that defies all laws of geography and logic.

Alex Garland pulled inspiration from Lovecraft’s 1927 short Colour Out of Space for his brilliant 2018 mindbender, Annihilation. But for direct adaptations, Richard Stanley’s newest may be the best.

Naturally, the film’s success is due in large part to Nicolas Cage’s performance, because who descends into madness quite as entertainingly?

Cage plays Nathan Gardner. Nathan and his wife (Joely Richardson), their three kids and their squatter (Tommy Chong – nice!) live a quiet life in the New England forest not far from Arkham. A meteorite changes all that.

Cage basically strums a favorite old tune, landing somewhere on his “nice guy gone insane” spectrum just this side of Brent (Mom and Dad) and Red Miller (Mandy). In fact, the voice that begins emerging once the meteorite hits is gleefully reminiscent of Peter Lowe from Vampire’s Kiss (a call back I can get behind).

Is that the only reason to see the movie? No. Tommy Chong is a hoot, Richardson gets one especially creepy carrot chopping scene, and things go a little Cronenberg just when you want them to.

There’s a lot wrong with the film, too. Scenes are sloppily slapped together, one rarely leading to the next. The film’s budget is betrayed by its FX and supporting performances are not especially strong.

But Stanley’s long-awaited comeback (this is his first narrative feature since being fired from The Island of Dr. Moreau in 1996) infuses Lovecraft with a much needed dark streak of comedy and entrenches his tale of madness within a loving family dynamic, offering an emotional center to the story that the author rarely delivered.

The film lacks the vibrant subversiveness of Mom and Dad and comes nowhere near the insane vision of Mandy, so Cage fans might be only mildly impressed. Lovecraft fans, though, have reason to be excited.

Subscribe in a reader
← You Can Dance If You Want To
Shudder Premiere: The Dead Lands →
Scroll Up