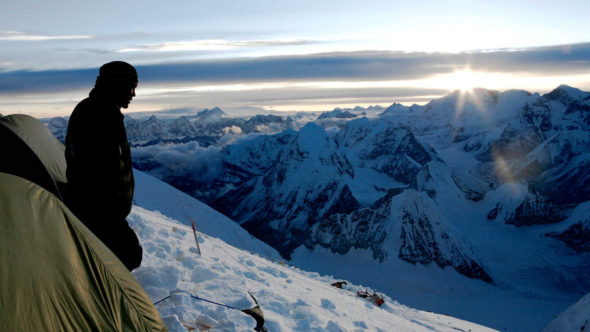 That’s what you need to be asking for Mountain, a nature documentary that puts the breathtake in breathtaking.

Intermittent narration from Willem Dafoe dots the landscape of footage from the world’s highest peaks, and though the writing seems overly dramatic at first (“the holy or the hostile…nothing in between”) the sheer grandeur of what you’re seeing quickly demands nothing less.