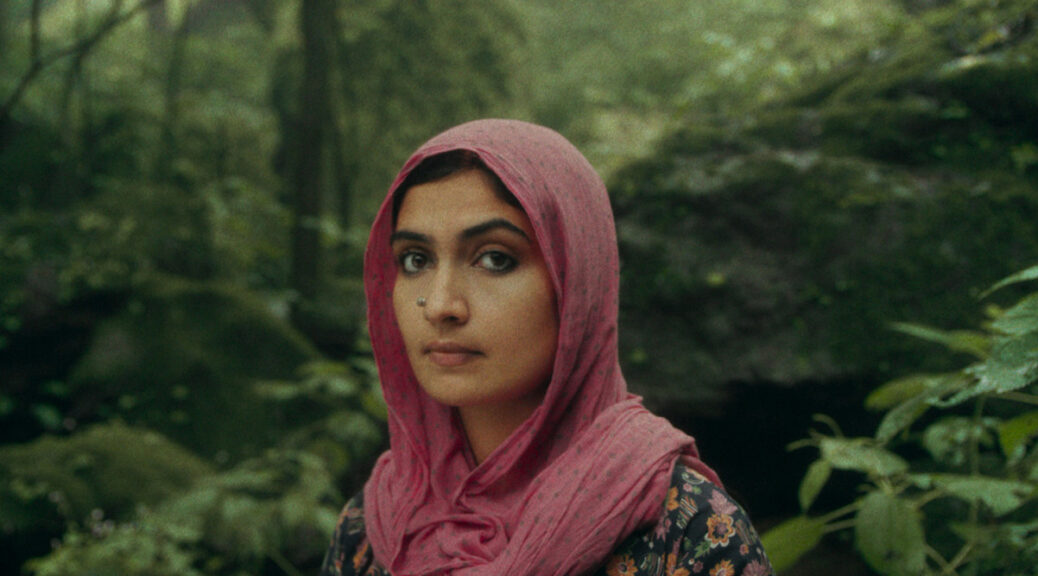 Shepherdess and the Seven Songs

“Beauty is a curse when you’re born into a poor family,” muses Laila’s new husband. This is her curse. Laila (a fantastic Navjot Randhawa) is beautiful and poor, and there’s nothing she can do about either ailment.

When Tanvir sets eyes on Laila and decides to marry her, all he has to do to win her hand is complete a feat of strength and gain her brother’s approval. Laila has no say in the matter, and soon she is migrating to a new county. In the disputed territory of Jammu and Kashmir, Laila is targeted by the men of local law enforcement for her beauty and minority status.

Writer/Director Pushpendra Singh paints his fable beautifully, with long atmospheric shots in moody forests. Paired with a gorgeous score The Shepherdess and the Seven Songs is a cinematic triumph in style. As Laila goes out into the world to fight her own battles against the men that dog every step, the traditional songs of her culture, the bleating of goats, and even sometimes the thunderous silence of the forest all become a haunting soundtrack to her own introspection.

Singh doesn’t shy away from dissonance though. One of the chief conflicts of his tale is that “Times have changed.” The Bakarwal herders can no longer freely migrate without proper paperwork, and they are constantly under the eye of government officials. We watch Laila herd her flock along a paved road with cars in the distance. Rich campfire scenes are brightly punctuated with flashlights. Contemplative moments are underscored with quiet radio broadcasts that remind you this is a land of tension and conflict.

Laila’s true trial doesn’t begin until she catches the eyes of local officer Mustaq (Shahnawaz Bhat, effortlessly charming and suspicious). The power struggle between the tribe and the local police becomes hyperfocused on who will possess Laila. Local officers ceaselessly pursue her, even though she is already married, a testament to how little the Bakarwal are respected or given autonomy.

Singh empowers Laila with her repeated manipulations of the men in her life, desperately trying to show them her boundaries and needs. But the story begins to lose steam as Laila’s circumstances fail to improve. Finally, she asks herself “Perhaps it is my skin that is the problem” while admiring a shed snakeskin.

It is the circumstances she was born into that she cannot escape. She is a woman, she is poor, she is a minority. What was a story of a fiery woman in difficult circumstances becomes an exhausted lament. And while women’s stories don’t need to be fierce or triumphant to hold value, The Shepherdess and the Seven Songs disappoints some with its meandering end and lack of resolution.