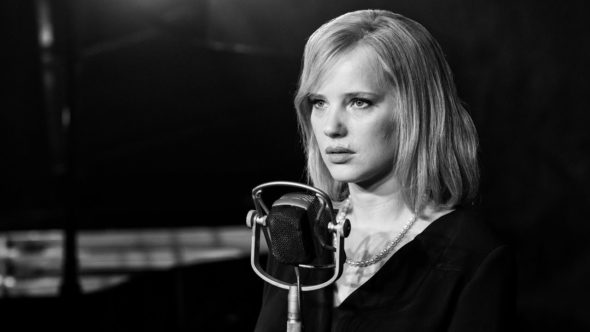 Set against shifting political and musical environments and spanning at least four countries and 15 years, Pawel Pawlikowski’s Cold War is a gorgeous and mournful ode to star-crossed lovers that feels equally sweeping and intimate.

Zula (Joanna Kulig) and Wiktor (Tomasz Kot) share names and characteristics with Pawlikowski’s own parents, though their story certainly differs a bit. As the film begins in post-war Poland, Wiktor is recording the songs of the people—folk songs handed down by peasants, which will become part of a new arts program aimed at celebrating Poland’s authentic voice. Until, that is, the program is co-opted and the songs become tributes to Stalin and agricultural reform.

Zula is unphased. A pragmatist, a survivor and a bit of a con artist, she wiled her way into the company by enchanting Wiktor with a song she’d learned from a Russian movie—not exactly a peasant’s lament.

As the film follows this very different and yet somehow connected pair, Pawlikowski casts a spell—with an assist from Lukasz Zal, whose black and white cinematography here is as glorious as it was in his Oscar-nominated 2013 collaboration with the filmmaker, Ida.

Together they capture an evolving tone and changing rhythm as folk ballads become jazz tunes, as Poland becomes East Germany and then Paris. In everything, Pawlikowski holds those melancholy, wistful notes just an extra beat. It’s a melody Kulig and Kot dance to beautifully.

Kulig impresses most as the ingénue who is master of her own future. Her performance is unpredictable and unapologetic, emphasizing the will of a character who does what she feels she must do, although that is rarely what anybody else expects.

Kot’s gentle, smitten but equally tortured character offers a fascinating, sometimes frustrating counterpart. It makes sense that these two creatures are based at least somewhat on living people. It would have been far too easy for them to fall into stereotypes, but instead they are as authentically confounding and beautiful as any committed and self-destructive couple.

Pawlikowski uses music to inform a shifting relationship; he uses a relationship to illustrate changing global politics; he leans on an impossible political situation to articulate insurmountable challenges within a relationship. The result is poetry.