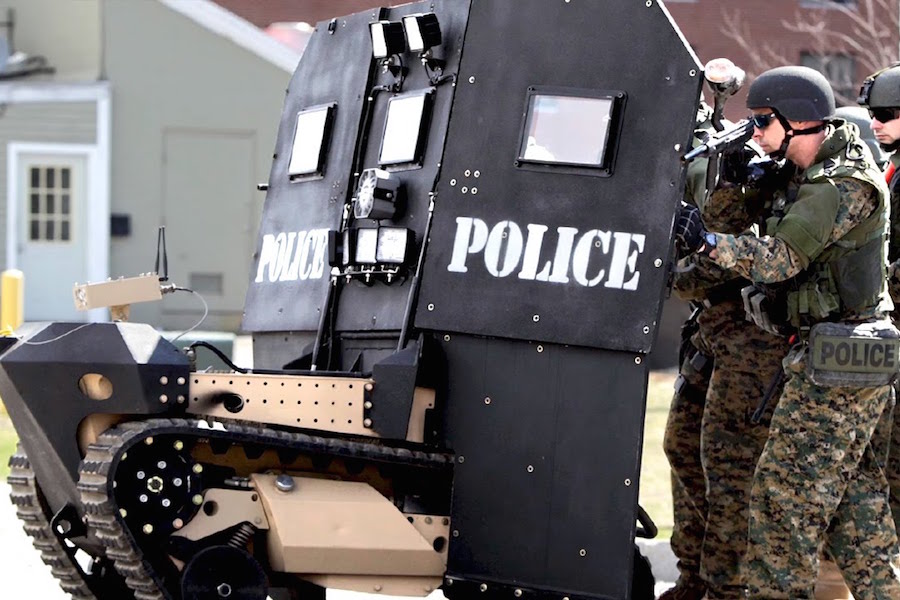 By the time you’re halfway through Peace Officer, you’ll be ready to nominate William “Dub” Lawrence for Attorney General, Chief of Police or whatever post will put his sensibilities and intelligence to the best possible use.

Lawrence is a former Utah sheriff who founded the local SWAT team that, in a cruelly ironic twist, killed his son-in-law. Since that day, Lawrence admits he has become a man possessed by the search for justice, not only for his family, but for others who have suffered from the militarization of American law enforcement.

It’s a topic that’s extremely polarizing and easily derailed with inflamed rhetoric, but co-directors/co-writers Brad Barber and Scott Christopherson wisely use Lawrence’s calm, measured demeanor as a perfect anchor for their balanced take on a vital issue.

The film’s strength lies in its nuance, and in its refusal to provide snap judgements. Rather than looking to vilify police officers, the goal here is to understand how the system itself has become untenable, all but guaranteeing continued tragedies.

It’s not a fun conversation, but it’s one that’s long overdue.

Peace Officer may speak softly, but it’s hard to imagine an American film that is more urgent.